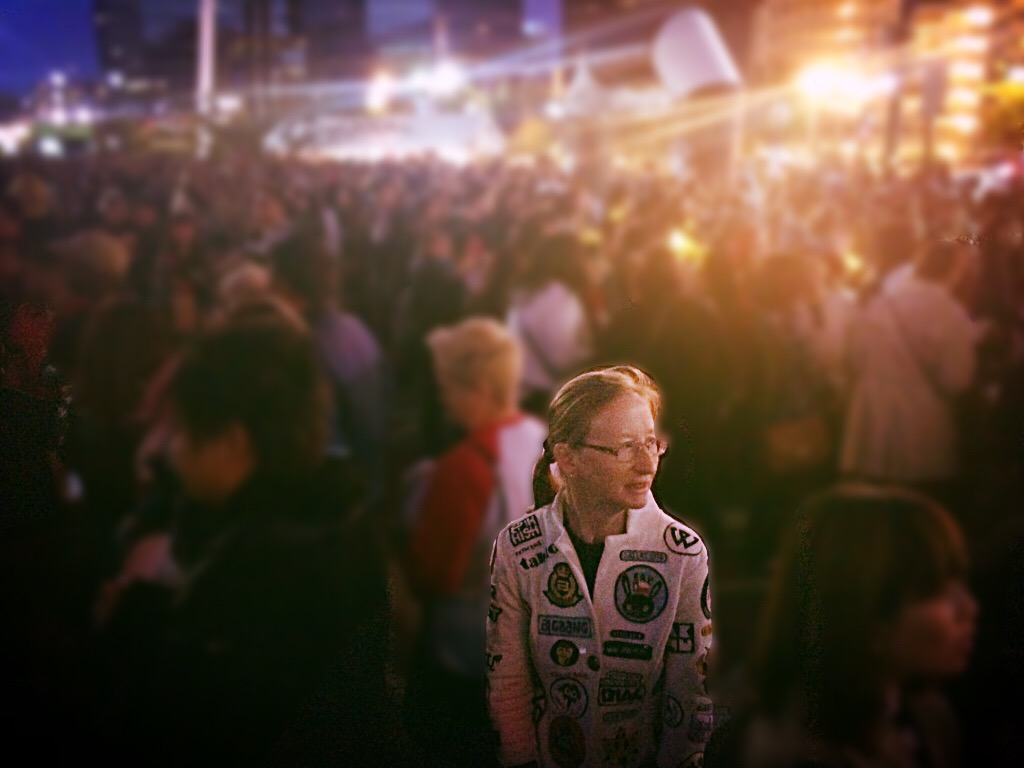 My first encounter with KPOP was sometime in 2009 when I discover the KVariety show, “Family Outing”. Daesung from BigBang was one of the original members and I quickly began to enjoy watching his easy going personality. His laughter and eye smiles were pretty engaging too. Then G Dragon went on the show as a guest, which meant of course I had to go onto to YouTube to watch their music videos to see why the others were making such as fuss about him being on the show. Once I watched a couple of music videos of course I was hooked and have been a fan ever since.

Although BigBang was my first KPOP crush, I have over the years discovered that I have very eclectic tastes and enjoy the songs and personalities of many groups.

Nope, I like it all. Drama Fever says I’ve watched 93 KDramas so far, but that doesn’t count the ones I’ve watched elsewhere. My favorite is probably still “Secret Garden”, but “Kill Me, Heal Me” is up near the top of the list too. Edit. Loved “W” and “Weightlifting Fairy Kim Bok Joo” and watching “Strong Woman Do Bong Soon” right now.
I also enjoy a lot of Kvariety shows with Running Man being my current favorite. HaHa really liked my jacket when I spoke with him at a fan meet, so that was amazing.
Games, sports and having fun seem to be a huge part of Korean culture and I love seeing everyone, including idols and actors, playing games, laughing and having a good time. I also enjoy learning about and recreating some of the games they play. I’m still not very good at Alkkagi, although I’m pretty good at Yut.
And food, who could not enjoy all the great Korean food? I have too many favorites to list here, but the hotteok sold on the streets of Insadong was amazing. One of the first things I’ll be eating on my next trip.
And lastly, who could forget the mention all the kind and friendly people we met and spoke with, who were ever helpful, curious, and willing to share their time and culture with us.

Why ‘the jacket lady’?

Christmas 2013 my daughter gifted me with a jacket with a machine embroidered BigBang patch on the front. I was planning on going to a BAP concert in April 2014 and decided I should perhaps hand embroider a patch to commemorate that occasion. Then another patch followed  and then another, and the rest, as they say, is history. Once the jacket gained a certain number of patches, people began to recognize it, and not knowing my name people started calling me the “jacket lady”. The name stuck.
The jacket has drawn attention and I have been interviewed about it a few times in various locations, such as LA, Dallas, and Austin. You can also follow me on Instagram to see more of my antics and that of my jacket!
Edited Oct. 13th 2016 The original jacket made its last trip to Korea last month and I got some photos of me in it at the BigBang10 Exhibition A to Z, at KBS Studios, and Kstar Road. 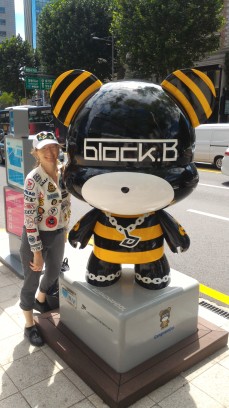 Kpop jacket version 1 is gone and version 2 is coming along nicely.

The new jacket has started going places too, like to HyunA’s Dallas concert & Kpop Night Out @SXSW, at which I got to meet some really cool people at the pre party before the show, including Brad Moore from Busker Busker.

Have a great day everyone.
You might also enjoy reading SHINee World V Tour in Dallas. 2017,   KPOP Night Out @SXSW, Part 1,   Part 2,   Part 3,  HyunA Charms Her Dallas Fans,   +Hello Bi+ches Tour 2016 + Dallas,  SHINee Shines Bright in Texas, (2016 Fanmeet), and Got7: Fly in the USA concert  review.
Please do not copy or use without permission and accreditation.
Photo credits to original owners. (photos 1, 4, 5, 6, 7, 8, 9, 10, to me.)
BLOG POSTS:
The Kpop Jacket Turns Four!
Happy Anniversary KpopJacketLady.com.
How Many Kpop Idols/Groups Have I Actually Seen Perform Live?
[Exclusive] Sweet Sweet Insider: Meet the KPOP Jacket Lady
My Favorite Place to Stay in Seoul.
Thank You.
Deconstructing the Kpop Jacket.
Kpop Musings.
KPOP:What Is It Really All About?
Over 800 Hours of Work; The Kpop Jacket.
Kpop Credentials.