B.A.P. the Best Absolute Perfect Kpop group is in the middle of their 2017 World Tour and after a successful US part of the tour they’ll soon be heading to Europe. I managed to catch the Dallas show at the Majestic Theatre Downtown Dallas. This is the third time B.A.P. has performed in Dallas and the fans were excited to see them return.

Just among the small number of people in front and behind me in line there were two young ladies who had driven over 10 hours to the venue, and quite a few who had driven more than 5.

Debuting in 2012 B.A.P. burst onto the Kpop scene with a tough bad boy image, and powerful, dynamic music, lyrics, and choreography. Over the years they have expanded their repertoire to include fun upbeat songs as well as those with greater depth, maturity, and meaningful lyrics. They have had some issues over the years with their management company, TS Entertainment, which put a damper on their career progression for a while, as well as having one member battling an anxiety disorder. But they are back now, and hopefully it will all be smooth sailing from now on. 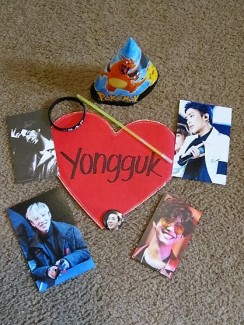 For once the lining up and entry into the venue went relatively smoothly. (At some venues this part is total chaos as the production companies don’t seem to communicate with the venues to have a plan in place, especially since Kpop fans are known to arrive early to events, and many venues are unprepared.)

Fans started lining up during the early afternoon onwards, and spent time getting to know their line neighbors, relating stories from previous events, comparing biases, and generally having a fun time being with other fans. Die hard fans came down the line handing out free postcards, glowsticks, party hats etc.  A member of the venue staff periodically patrolled the line reminding fans not to block the sidewalk or business entrances, but he was a cool old military man and was pleasant to chat to. The merchandise and wristband process started while people were still in line and that helped speed things up.

The Majestic Theatre is a lovely theater from the 1920’s beautifully restored and maintained in Downtown Dallas. With all the performances she’s seen over the years I wondered what she would make of her first Kpop concert!

The fans were happy and excited and couldn’t wait to get into the actual auditorium. After finding their seats many made more friends and gradually as the auditorium filled you could feel the excitement growing. The roar that went up when  DJ B.Shoo came out was intense. Although everyone danced to the music, it was a little like having multiple layers of wrapping paper on a present, we just wanted to get to the gift inside, because we were already in a hyped up party mood. We knew just who we were there to see.

The countdown clock was the signal for even more screaming, cheers, and whistle blowing.

We were all so excited when them came on stage, but with the smoke and the backlights I spent the first few minutes working out who was who by their silhouettes. The music singing and dancing was baller, but I didn’t like that I couldn’t see their faces.

(Production companies please note that when you use smaller, older theaters you need to take that into account and plan special effects accordingly. Kpop groups are relying on you to help make their concert tours successful and you let them, and the fans, down when you don’t do a good job.) The overuse of  backlighting and the smoky atmosphere kept me from taking many photos for the first part of the show, so I just concentrated on enjoying the show.

B.A.P. are beautiful to watch perform in many ways, physically, musically, and artistically. Their fans are among the most enthusiastic and loyal and knowing that B.A.P. realizes this and performs all out for their fans, makes every one of their concerts worth attending. 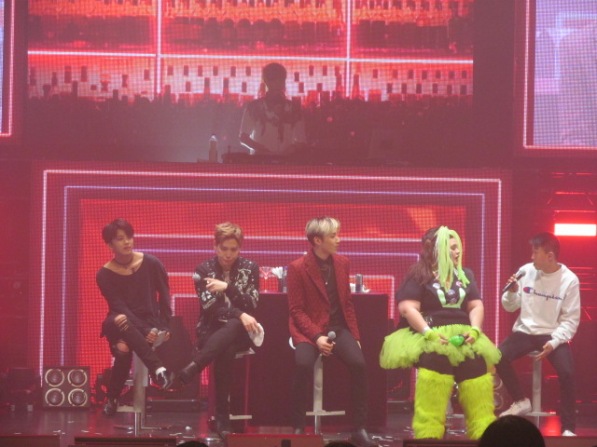 After the opening songs the boys introduced themselves and chatted for a short while before choosing a member of the audience to come on stage with them. This young lady was chosen, not just because of her outfit, but because they recognised her from previous stops. While everyone wished they were her, I think we were all pleased that such a devoted fan got chosen. 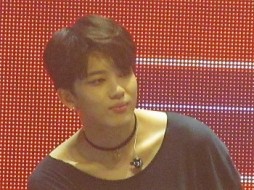 Giving the members a short breather after the exciting and dynamic opening, this segment also allowed us a chance to see them somewhat stationary and listen to them speak.

They looked well, with only Yongguk looking a little less so. I do so wish he would gain a little weight, and maybe the Dallas stop helped with that, as during the show they commented on how large the food portions here were, and how hot Dallas is. 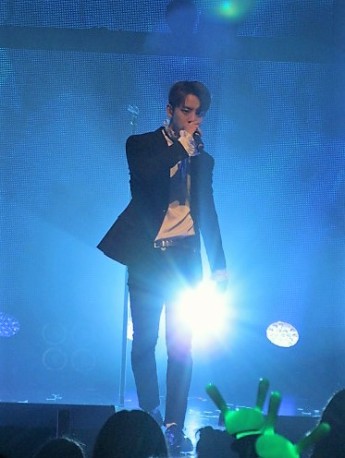 Solo performances followed and changed the tempo and flow of the concert. Zelo sang in English for his solo which was a nice touch for his American fans.

After an outfit change they came back out and continued as all six. By this point Yongguk looked more relaxed and we began to see his wonderful smile every now and then. The concert and crowd were really at fever pitch as B.A.P. slowly headed towards the end of the show, each song an inexorable step towards that end. Even knowing this, there was no letup in the volume and intensity of the crowd. Whether it was because we were in a relatively small theater I don’t know, but we were the loudest crowd I’ve ever been in. Even the members commented on the enthusiasm and energy of the Dallas fans.

When they finally left the stage for the last time a pall sort of fell over the crowd. We were all so happy to have seen them, but downcast because it was over. The fans who had the high touch or photo op were still somewhat ebullient as they had that to look forward to,  but the others trailed out of the auditorium replaying all the excitement in their heads and wondering when they would next be able to see their ‘boys’.

The staff did a pretty good job of minimizing the chaos that can occur organizing excited fans for the benefits, but yet once again the fans were rushed through the high touch and photo op. I guess the production companies don’t care as they already have their money, but they don’t seem to realize that rushing the fans just gives them a bad name. Even if you slowed the process down by a few seconds it wouldn’t be so bad, and how about 2 group photos. Even a second or two apart means the fans could choose the one they look better in.

Overall it was a fantastic show, in a super venue, with some of the best fans in the Kpop world. Thank you Majestic Theatre. Thank you Babyz.

As a side note the first hand embroidered patches I ever made for the Kpopjacket were for B.A.P.’s World Tour in 2014.

But that jacket was too small so the patches have been moved to a larger jacket. 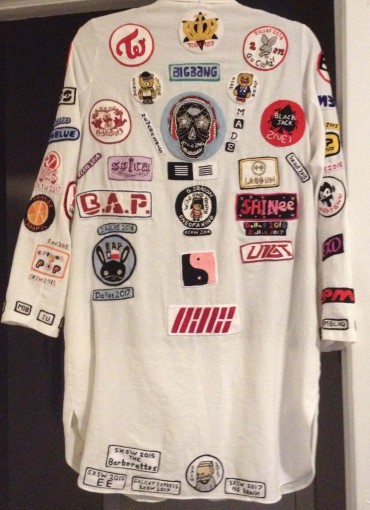 Only Big Bang has more patches than B.A.P.