The fact that world class star G. Dragon chose Houston as one of the stops for his American Tour both surprised me, and made me incredibly happy. I have seen GD perform once live at a KCon in LA, and then I saw Big Bang at their MADE Newark show, but I really expected to have to travel much further to see him for this tour. Houston is only a 3 1/2 hour drive, but I was lucky that some friends let me tag along with them so the time flew by.

We arrived in Houston around lunch time and while they headed out to a Baseball Game I went to check out the line. The Gold and Silver VIPs had begun lining up early that morning and a couple had even camped out in their car in order to be at the front of the line. Bronze VIPs had seats assigned so the pressure to line up early wasn’t so intense. Fans withstood the incredibly high humidity and passing rain showers in a cheerful mood as they looked forward to the evening’s performance. 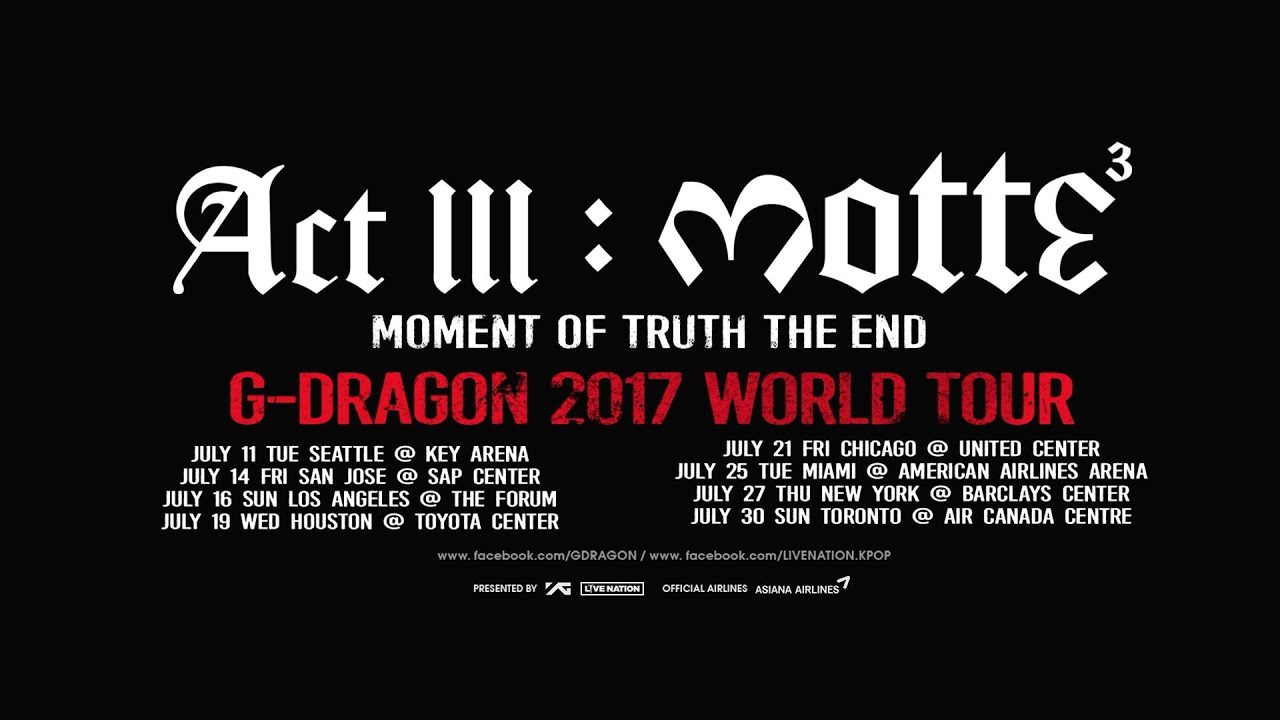 Fan project organizers roamed the line passing out red bags for the ‘red ocean’ project, while another group collected cans and money for the Houston Food Bank in GD’s name. I believe they raised well over $600 in cash and over a hundred pounds of food. Well done to those who donated and to those who organized the food drive.

Gold ticket holders were allowed in earliest, then Silver and then us Bronze, for the special treat of being able to watch the soundcheck. We were kept in separate lines and waited for quite a while, however since we were inside the air conditioned building and had access to restrooms and could buy things it wasn’t too bad. Everyone else had to wait outside in the oppressive afternoon heat. The waiting did begin to get to us though as we could hear music and noises from inside the auditorium and worried that the soundcheck was starting without us. The staff, on the whole, were very patient and pleasant to us and tried to answer all our questions, unfortunately it seemed that not everyone was on the same page at times and there was some confusion from time to time.

Gold VIPs got to have their group photos taken on the empty stage. Then a few minutes later the actual soundcheck began with the band playing a couple of songs and then a very relaxed GD came on stage and gifted us with three songs, and a few bows and waves. We couldn’t see his face as he kept his face mask on the whole time, but we could see him, and hear him, and bask in his presence. He definitely has charisma even with his face covered, and his voice carried beautifully through the mostly empty arena.

After the soundcheck we all relaxed a little and I headed to the bar to have a drink and eat something before they let everyone else in. I met a really nice couple from Dallas, and chatted with some Kpopjacket fans who stopped by to say hi.

The soundcheck began, and ended late, meaning that the actual concert also started late. There was a feeling of pent up excitement that rippled through the waiting crowd that eventually gave way to an enormous cheer as GD finally appeared on stage. The stage moved around and he was lifted up into view. He started out strong with the ever popular Heartbreaker, and he wound the crowd up with a powerful rendition of the song. He smoothly changed things up by then performing A Boy and Breathe. Quite a few of the evening’s songs were new arrangements, which on the whole worked well, but as a traditionalist sometimes I just want to hear the original version.

Once again my phone wasn’t up to the challenge of capturing decent photos against the intense lighting and backdrops. The stage and arena were almost always full of movement, lights, shadows, fire, smoke, confetti,  or streamers. The dancers were fantastic and complimented GD without overpowering him by their sheer numbers on stage. There were 6 guy dancers and 4 women who were all excellent in their own right. Just as the band was also loud, wonderful and talented.

There was a lot of symbolism displayed on the backdrops and videos shown throughout the evening, as well as heavy usage of the color red. There was also  a lot of blood, and medical equipment. I found it difficult to tell if this was all about birth and rebirth, duality of nature, or even something to do with plastic surgery as a symbol for changing one’s persona to fit what others have come to expect from him. Definitely intense imagery.

The songs continued apace, with older hits such as MichiGo. One of a Kind, Who You, and Crayon, as well as more recent ones such as Middle Fingers Up, Bullshit, and Untitled. Between all the songs were quieter times when videos were shown, or when he chatted with the audience and told us how he sometimes felt lonely, but that appearing before a live audience made him feel alive. He also spoke about the duality of being both GD and Kwon Ji Yong. He was cute, sincere, and totally adorable while speaking in his softly accented voice. He looked so much younger than his age and I think we all just wanted to hug him and tell him how great he is and that everything would be ok.

A short recorded interview piece asked his family, friends, and co-workers just what they thought of GD and who was he to them. It then went on to ask the same questions about Kwon Ji Yong. Not surprisingly many of the answers were different. He himself also spoke about this potential inner conflict between his two personas and how at times this proved difficult for him. He seemed somewhat insecure and it was very touching seeing him open up about his inner feelings. During the recording he also seemed to say that he was, and was wanting to continue to appear before us as Ji Yong. One comment stuck with me, ‘someone loves me.’ I so hope this means that he truly has a someone, and that whoever it is can help him feel loved. Genius and love often find it hard to co-exist.

The show wound to a close with an amazingly heartfelt and powerful rendition of Crooked, and then a few moments later we realized he had moved down off the stage to a path next to the audience. He sang Untitled as he slowly worked his way along in front of the Gold VIP section. He’s so small most of us lost him from time to time but we could hear the screams and see the crowd ebb and flow thereby following his route, until finally he came out about 15 to 20 feet in front of me. I could only see his face, but it was cool to be so close.

One surprising omission is that he didn’t perform Coup d’Etat, otherwise I felt he did enough songs from his career as a soloist to please everyone. Of course everyone has their favorites. Unfortunately the venue was not full, whether this was because the Texas Kpop audience was split by having 2 Kpop concerts in the same state on the same night, Monsta X was in Dallas, or whether it was just that the Toyota Center was too big a venue I don’t know. Venue size and location can have a big impact on whether a venue can sell out. Also we’ve been very fortunate to have had so many concerts come to Texas this year, but that also means that many people have already spent their discretionary budget. Texas is huge, 6 1/2 times the size of Korea, so going to a concert often means paying for a lot more than just the tickets.

Overall it was a wonderful experience, filled with shared excitement, heightened emotions and an incredible performance by Kwon Ji Yong. If you ever get the chance it is well worth the cost to go see him live.

Thank you to everyone who drove me, or took time to chat with me, it is a lot more fun at concerts when you can hang out with friends, old and new. Have a great day everyone.

← Monsta X Beautiful In The USA: Chicago.
Looking For Cactus And Succulents In South Korea. →