JJCC The 1st Appearance In America: Review Of The Houston Show.

It is hard to talk about the Kpop group JJCC without mentioning Jackie Chan of martial art’s fame. Mr Chan being a huge fan of Kpop decided a few years ago to form his own Kpop group. I have often wondered if this was his best decision, but it was definitely a legitimate way to show his love of the genre. However, after attending the Houston leg of their concert on Tuesday I do have to thank him for creating JJCC. I had a blast. Among so many good points it was perhaps the intimacy of the venue and the groups natural and relaxed interactions with the audience that made it so enjoyable.

The small crowd began lining up a few hours before the show and slowly gathered on the front porch of the venue.  Having braved the morning thunderstorms that made travel difficult and had led the nearby bayou to overflowing its banks and flooding streets in the area, they were happy to find the venue had a dry and a sheltered area to wait. Fitzgerald’s, an old style music venue, has been around since since the 1970’s and has seen many genres of music played there over the years. I wonder what it thought of Kpop? Fans chatted and got to know each other. Although most were local, a few had driven from San Antonio and Dallas to show their support.

VVIP’s were let in first and got to look around the place a little, take some general photos, and pick up merchandize. Then they were allowed into the performance space and get their places up front near the stage. It didn’t take long for everyone to file in as it was a disappointingly small crowd. (I understand that money has been tight for Kpop fans in Texas lately, especially with both GD and MonsterX having had recent performances, but I feel the US production companies need to do a better job of promoting their artists.)

The small crowd however ended up being a blessing for those of us who were there. I received more fan service than I’ve ever received before. I was so close to the stage that is was actually hard to take photos as they were so close the camera angle had to be intense to get their whole bodies in frame. So close in fact that at one point Simba hugged me from the stage. Yep, not a hi five or fist bump, but actual arm around my shoulders proper squeeze type hug. 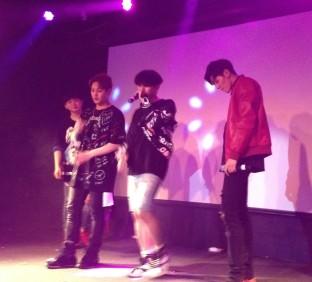 It also made taking a photo of all five of them together a little problematic. But there’s no way I’m complaining. Being that close was wonderful, but even if you were a little ways away from the stage they did everything to engage the audience.

Eddy and Simba had nice interactions with some ladies on the balcony and made sure they felt included. They also made sure that they didn’t forget those fans at both ends of the stage. 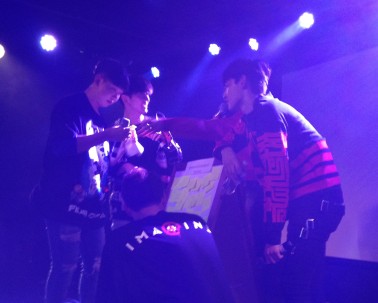 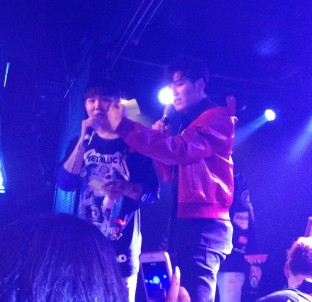 The evening was a mix of songs, games, and audience interactions. During the question time they seriously read all of them before choosing which ones to answer. And the most important question of the night for many in the crowd, ‘would you date a foreign girl?’ was answered with a ‘yes’. 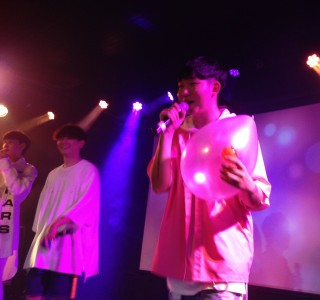 They played charades with members of the audience participating, as well as the balloon pop game. The group members were very relaxed and interacted with their fans in a natural way, calming the nervousness some of the fans may have felt. 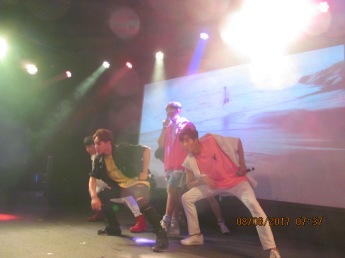 The 5 members present, Eddy, Simba, Yul, Zica, and San Cheong, sang and danced their hearts out, but I must admit my favorite times of the night involved just being there. It was like just hanging out at a party. Everyone was happy and enjoying themselves, the music was good, the ‘views’ were nice, and there was no one pushing and shoving to get closer to the stage. Good times. 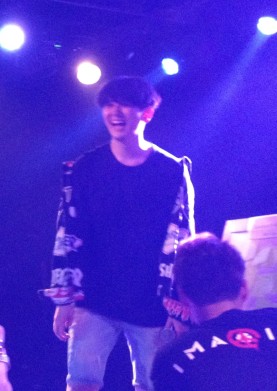 After the last song of the evening someone started shouting ‘encore’ in a loud voice and music started playing. Simba was there with us on the floor, dancing with different members of the audience. Yep including me, and I got another hug. I couldn’t see all the members at all times, kinda focusing on Simba for a while there, but they did a great job interacting with the crowd while saying goodbye.

But it wasn’t quite goodbye. After a wait for them to rest a little VVIPs lined up for their group photos, which weren’t rushed, unbelievable I know. And then after that the fans who had paid extra to get polaroid photos with their favorite members lined up. I couldn’t choose so got photos with everyone.

Although there was a little confusion as we all got in lines once everyone sorted themselves out we all got to chat for a moment or so before posing and again it was nice and relaxed. Eddy was having a blast talking to everyone, and the others seemed like they were enjoying themselves. Only San Cheong looked a little out of place as he didn’t seem to have as many fans in his line. But when he did smile he was very cute.

As you can probably guess Simba has ended up being my bias because of his impressive kindness towards me. Lots of pretty girls to hug, but he still hugged me. 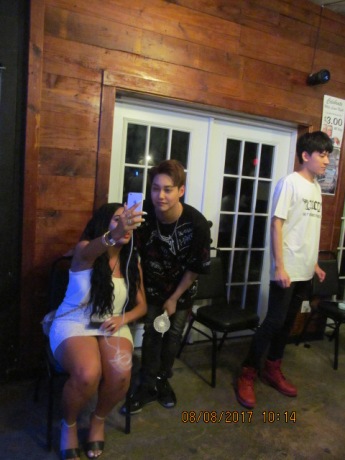 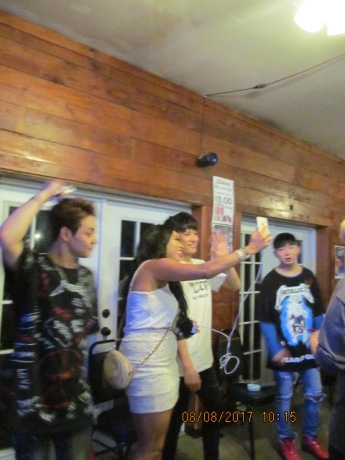 Also after the show the guys were kind enough to give an impromptu interview to Youtuber Sammy from Sammysofiesteffy.

JJCC which was formed back in 2014 have had some ups and downs, with some members leaving, new members joining, and one currently doing his mandatory military service. I also wonder how the drive and expertise of their management company has impacted their chances of success. They are talented, cute, and have a couple of English speakers, but somehow they just haven’t caught on in either Korea or abroad. I saw them on MCountdown back in 2015 and thought they would do better than they have. Kpop is a hard industry to succeed in and the competition is fierce. I hope they have made some new fans here in the States and find a way to reach more fans all over the world. They provided a great experience as well as a top notch performance, especially considering the venue. Their show may not have been one of the best I’ve ever seen, but it was definitely one of the most enjoyable. 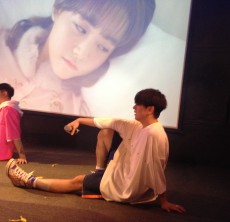 Go watch their MV’s on youtube or catch them on the rest of their tour because these young men could use a little extra support. And JJCC if you come back to the USA and come to San Antonio, or even, Austin  contact me and I will help get you a bigger crowd and more fans.

You may also enjoy G.Dragon World Tour in Houston,  MonstaX Beautiful in Chicago,  and Wild Kard 2017: The 1st Tour in America.

Please do not copy or use without permission and accreditation. All photo credits to me.

← Looking For Cactus And Succulents In South Korea.
Korea And The Silk Road. →

5 Comments on “JJCC The 1st Appearance In America: Review Of The Houston Show.”