2016 ended with a bang, with some really good Kdramas continuing into 2017.  The two most notable being Goblin, and Weightlifting Fairy, Kim Bok Joo both of which would probably be in the top ten of any given year. So if you haven’t watched them yet I recommend them both wholeheartedly. I’ll admit that this has been a discombobulated year for me, so I haven’t watched my usual number of dramas. I’ve tried watching many potentially decent dramas but they just didn’t keep my interest. So what did I end up watching all the way through? Just a dozen or so, a far cry from my usual number, although perhaps a more eclectic list than in some years.

My top pick is probably Strong Woman Do Bong Soon, a semi fantastical story based on the premise of the heroine having inherited superhuman strength from her female forebears. Do Bong Soon, played by actress Park Bo Young, is short and cute and looks anything but strong, and so has managed to keep her secret hidden for years from almost everyone, including her High School crush Guk Doo, played by Ji Soo. 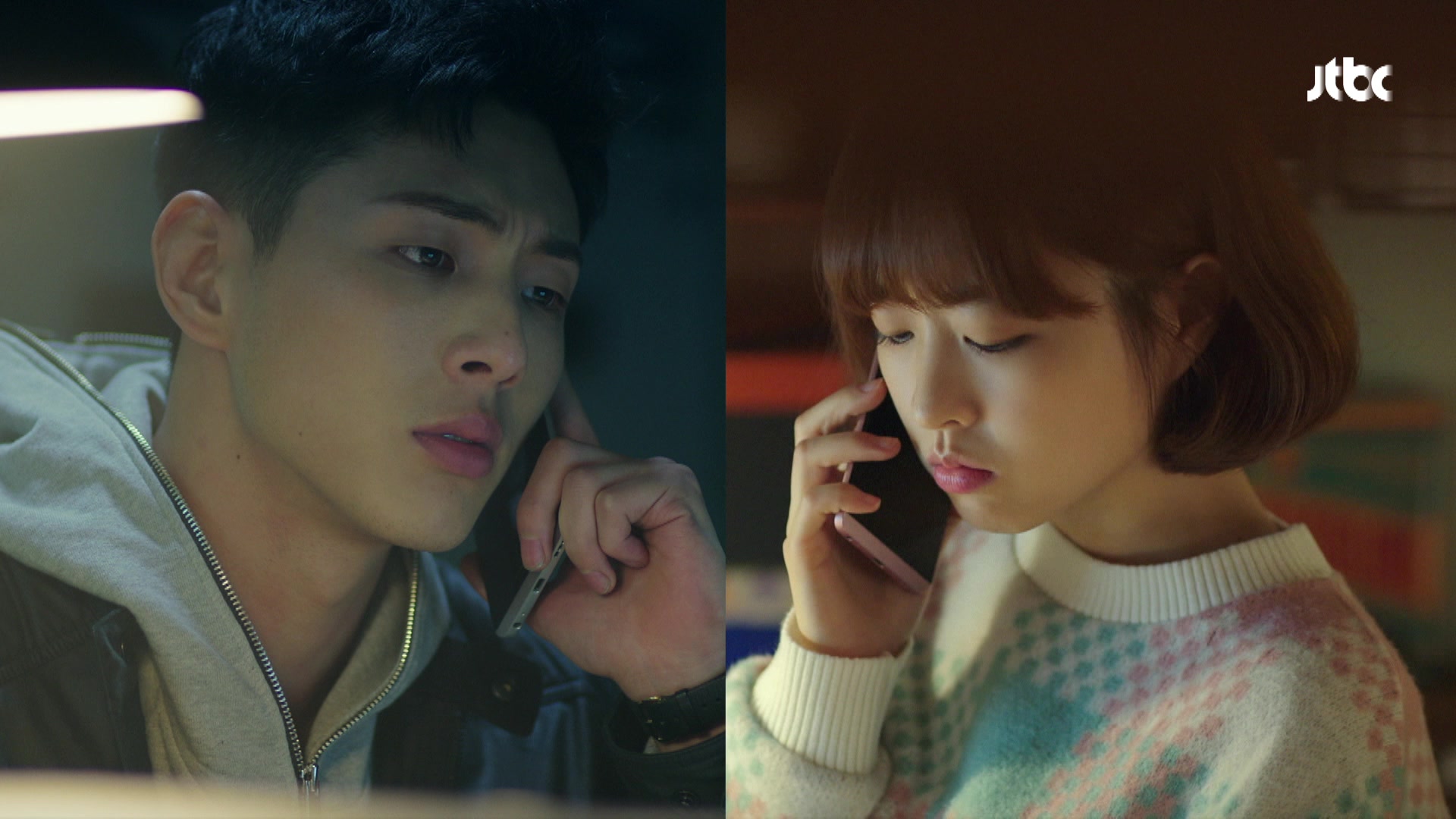 Guk Doo is all brooding and serious as a young policeman determined to do his duty. Uptight and intense he has little time for Do Bong Soon’s infatuation, and often talks down to her in a somewhat condescending manner. This changes during the course of the drama and the two male leads end up in competition for Bong Soon’s love.

The cast is rounded out by Park Hyung Sik playing the role of Ann Min Hyuk who accidentally sees Bong Soon use her super strength against a group of gang members. Being the subject of a blackmailer/stalker he decides to hire Bong Soon as his bodyguard. It doesn’t take long before he succumbs to her charms and falls deeply in love, overlooking the fact that she could hurt him with her super strength.

The story has humor, suspense, flirting, love, heartbreak, and a great bromance between the two male leads,

but what made it stand out for me was the way Min Hyuk looked at Bong Soon. He absolutely adored her, even when he was doing his best to pretend he didn’t. Hyung Sik did a fantastic job of showcasing Min Hyuk’s joy and pure happiness when Bong Soon was with him and like many watchers I wondered if the two actors were dating in real life. (they were not) I was very impressed with his acting and hope he continues to get good romantic roles in future dramas.

All cast members, including those in supporting roles did a great job throughout the drama, and I did enjoy it, however I was disappointed by the final episode. (Spoiler alert.) In my opinion Bong Soon ended up being somewhat of a bully towards Min Hyuk after they got married, just like her mother had bullied her father. It was sad that the two couldn’t end up together as equals, him being the brains, and her the brawn, instead of the role reversal of her going out to ‘work’ and him staying at home with the kids. And yet he still loved her and, for me, ended up being the true hero of the drama. 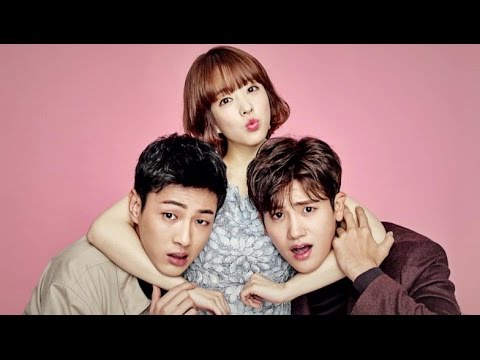 A strong contender for top spot was Chicago Typewriter, a drama I almost gave up on after the first episode. Fortunately I stuck with it and it turned out to be one of those rare occurrences where each episode just kept getting better and better  A more serious drama than Strong Woman Do Bong Soon, it delves into the past to the Japanese occupation of Korea in the 1930’s, through each character’s memories of past lives. 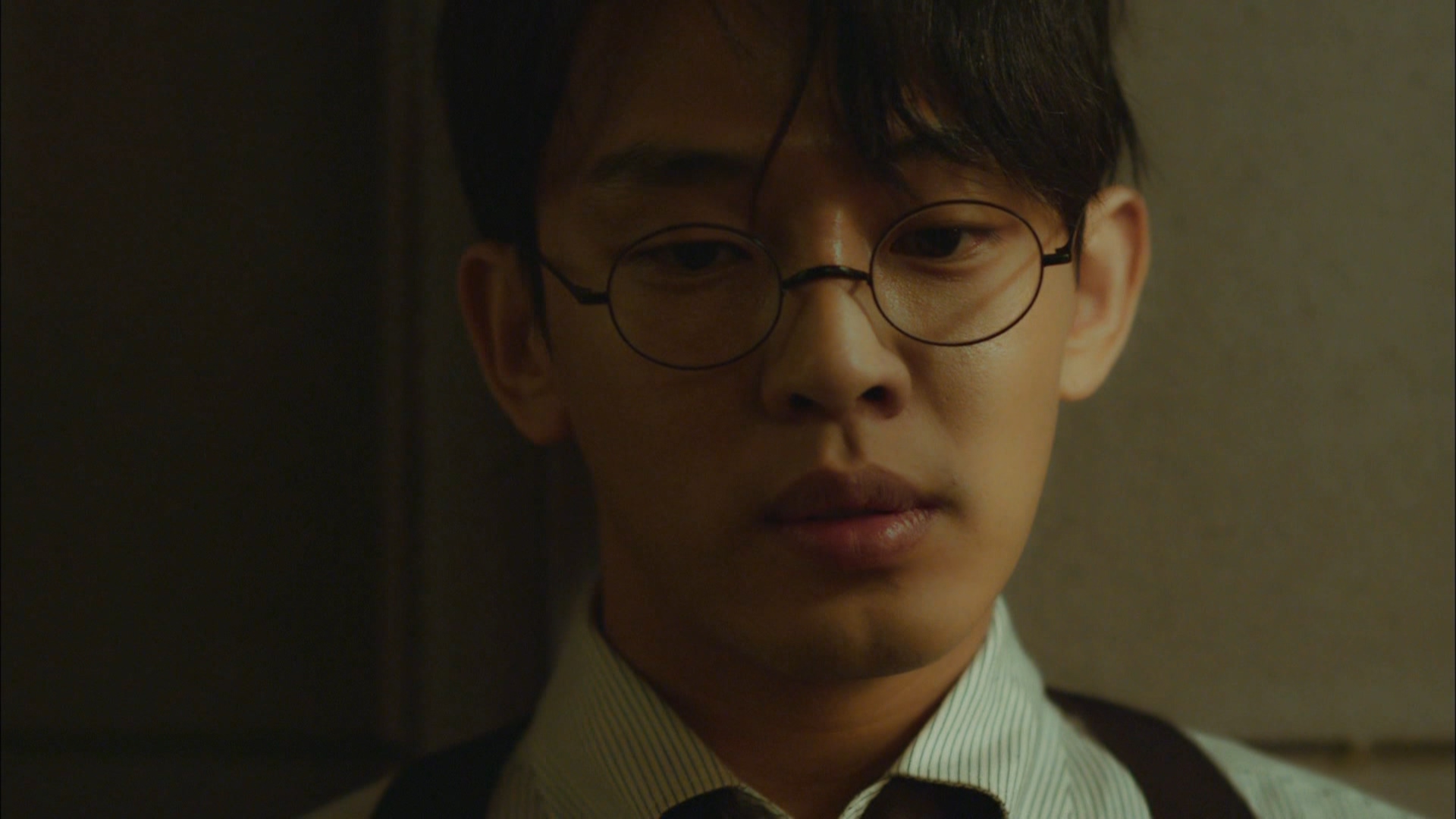 Yoo Ah In plays the main protagonist Han Se Joo a young writer from a difficult background that included being betrayed by a family member. At first prickly and unlikeable, he matures and becomes a worthy person through his love for Jeon Seol,  and by remembering the memories of his past life as a resistance fighter. His past life memories only begin to return after a package containing an old Korean typewriter arrives at his home after which he has great difficulty coping with both the flashback memories and a severe case of writer’s block.

Jeon Seol, acted by Lim Soo Jung, had memories of her past life while she was a child and worked hard at repressing them as they involved murder and death. In the modern world she was once writer Se Joo’s biggest fan, but becomes his anti fan after meeting him. She works at odd jobs, even though she was a potential national shooter and later trained as a veterinarian, due to her repressed anxiety over her disturbing memories. In the past she was a sniper for the Korean resistance.

The main trio is rounded out by Yoo Jin O, played by Ko Gyung Pyo, a mysterious figure who shows up at Se Joo’s home in different guises. A ghost somehow trapped within the typewriter, he is the catalyst and glue that helps the other two figure out just what happened in their past life. Jin O loves Seol and hopes that by helping Se Joo write about what happened in the past he can learn the method of his death and perhaps in some way be reunited with Seol.

And all good dramas need a bad guy, in this case it is Gal Ji Seok played by Kwak Si Yang, who did a good job of being suitable creepy and deranged.

The writer, Jin Soo Wan, did a great job of connecting the past and present story lines in an understandable way while managing to keep me engaged and interested as to how it would unfold. The supporting cast performed admirably and I would recommend Ghost Writer to anyone who likes a bit of mystery with their romance.

My third choice would be Man To Man, which I found on Netflix. It only did ok in Korea and wasn’t really a hit, partially I believe because many viewers didn’t like the female lead Cha Do Ha. ( Kim Min Jung.) Not your usual Kdrama beauty in looks and with a slightly annoying personality in the first couple of episodes it was difficult to like her to begin with, but she ended up being the perfect partner for the secret agent hero of the drama. Filmed partly in Budapest, one of my favorite cities, Man to Man is the story of a secret agent, a superhero movie actor, and a former fan embroiled together in intrigue, betrayal, friendship, love, and lots of action. As a black ops agent, Kim Sul Woo (Park Hae Jin) is forced by circumstance to become the bodyguard to actor Yeo Woon Gwang (Park Sung Woong) while being overseen by former fan and now manager Cha Do Ha. Stoic, rigid and incredibly efficient as a bodyguard Sul Woo eventually becomes a trusted part of the household, and when the chips are down his new ‘family’ step up to help him right wrongs.

One of the most important themes running through the drama was the value of true friends and the lengths you would go to protect them. There were multiple friendships in the drama with perhaps the bromance/friendship between Sul Woo and Woon Gwang being the one that most changes the future of all those around it. Sul Woo learns to be more human and caring, Do Ha matures into an understanding and capable woman, and even Woon Gwang grows up a little. Woon Gwang, immature, selfish, and annoying turns out to be a deep and thoughtful person helping the love between Sul Woo and Do Ha grow and develop while also being a large part of the plan to take down the bad guy corrupt politicians and chaebol heirs.

The large cast of great actors, who added to both the comic relief and the intensity of the plot, were rounded out by cameo appearances by Song Joong Ki and Namgung Min. 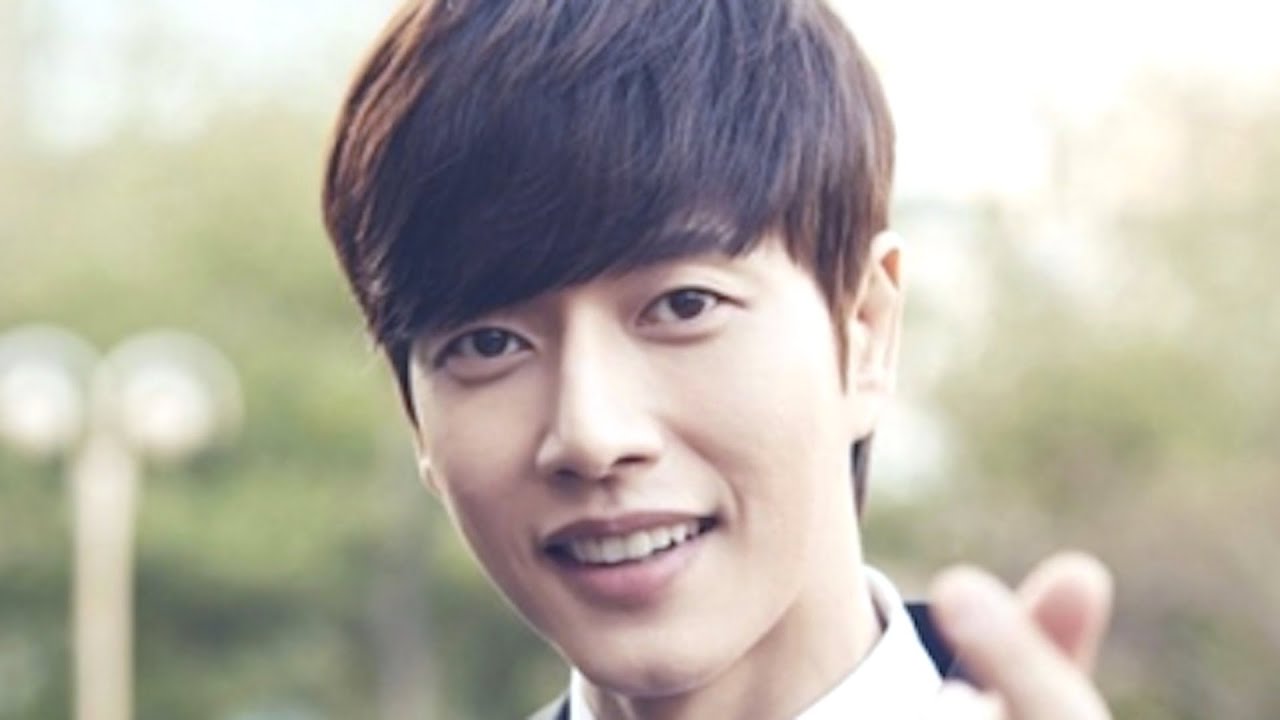 And yes, in this drama we see far more than the usual 2 expressions from Park Hae Jin, in fact he smiles quite a few times. Having said that somewhat tongue in cheek, all the main actors played their roles well and I got caught up in the drama and thoroughly enjoyed it.

Other dramas that were ok for what they were were My Secret Romance, which started off with a bang but unfortunately got bogged down at times and couldn’t maintain the momentum. Still ok for a lightweight romance.

My Shy Boss was perhaps a slightly better romance, although I had some issues with the female lead for the first few episodes. It seems that in order to try and establish the female lead as being confident, empowered, and professional, many dramas are having them start out brash, insensitive, and pushy. I have had a problem with watching My Sassy Girl, and  Lookout just because I really don’t like the attitudes of the female leads. Yes I know they are meant to change over the course of the drama, but if I start out not liking them I might not watch any more after a couple of episodes. Lookout is worth a try though as the rest of the ensemble cast are quite good.

Lastly Circle: Two Worlds Connected  is definitely  worth watching if you are a fan of sci fi, mystery, or crime dramas. With aspects of all three it intertwines the present and the future lives of the protagonists. Told in two halves for each episode it relies on the viewer’s memory to join the two into a whole, which is clever as the main theme of the drama is memory control and access. Less confusing than constant flashbacks the story speeds along each week asking as many questions as it answers about the importance of memory, consent, the power of repentance, and how much should governments and businesses be allowed to control the people.

So that’s it folks, my personal suggestions for the best Kdramas for the first half of 2017. I may edit or add to this as I catch up on some of the popular dramas I’ve missed. I believe that so far this year there have been about 90 dramas which were, or are currently airing so far this year. Do you have a favorite? Please feel free to let me know in the comments section below.

You may also like Korean Actors Who Were Athletes First,  Kdramas: My Picks For 2016,  Easy On The Eyes: Korean Models Turned Actors, and  My Favorite Parks, (Actors Not Green Spaces.)