Posted on January 3, 2017 by kpopjacketlady 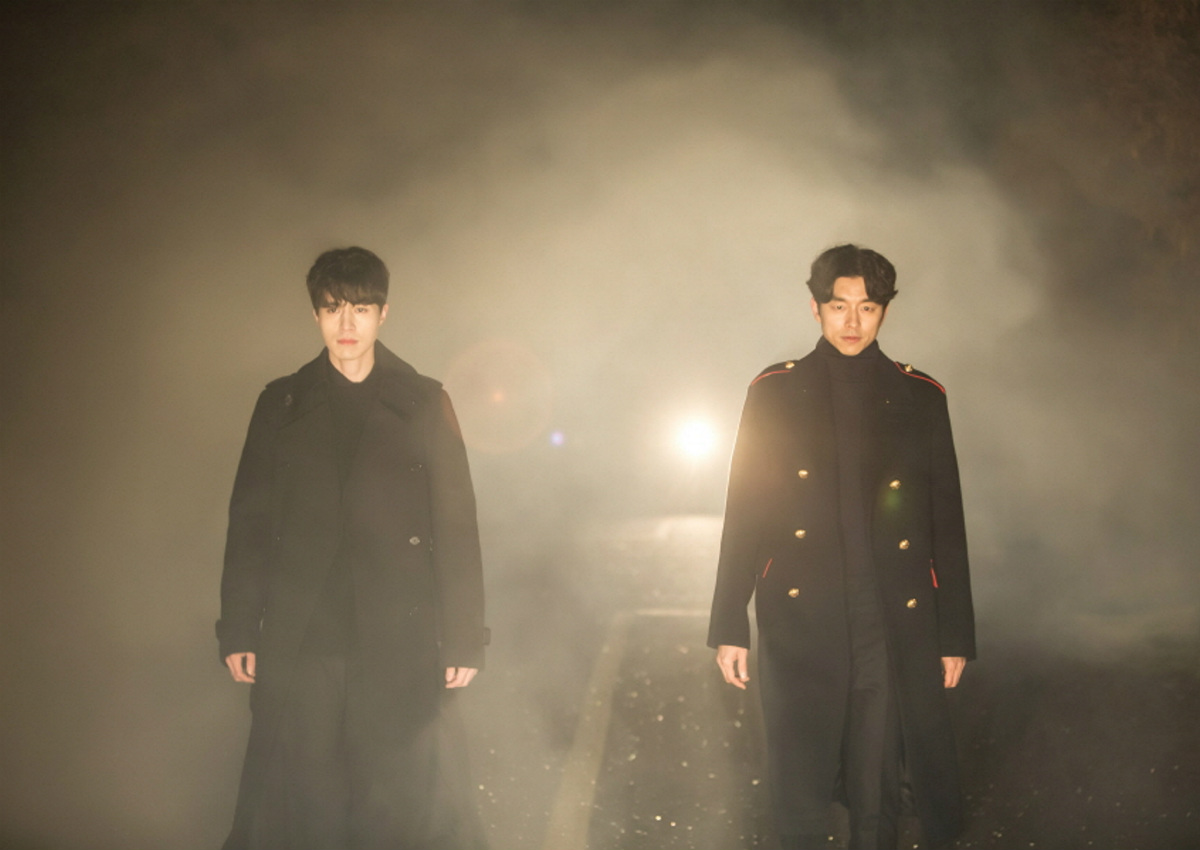 Edit. 2016 has proven to have had some of the best Kdramas of the last 5 years. Check out which you missed and need to catch up on.

Back in October I wrote a post on The Best Korean Dramas (So Far This Year) and now that the year is finally at an end I feel I should review my early choices ( W-Two Worlds, and  Go Ho Starry Night + more) and see if they hold up and make it to my best of 2016 list. 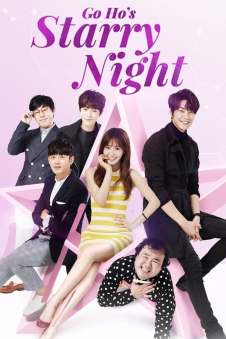 There were probably about 100 dramas, if not more, released in Korea in the past year so it is nigh on impossible for any one person to have seen them all. At the bottom of the page I have listed over 80, and of those I have watched about 37. I will point out while I made it all the way through most of those, with a couple I skipped some episodes, or lost interest part way through. I also tend to watch dramas of 20 episodes or less.

Sometimes I’m drawn to a drama in the first place because I like the actors or the story sounds cool, but if it doesn’t interest me, or hold my attention after a few episodes, then I move on to another. As you can see there’s no shortage of choices, although it does also depend on which online streaming services you use too, as sites such as Hulu and Amazon have limited choices. Netflix is improving their foreign content all the time, therefore right now my main ones are  Netflix and Viki. 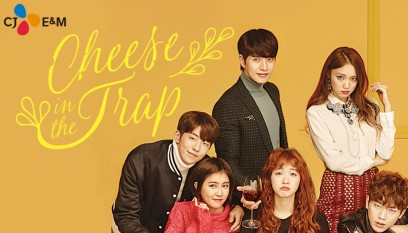 I had mixed feelings about Cheese in The Trap even going in, I mean why would I want to watch an inconsiderate jerk manipulate people? But surprisingly the heroine, Hong Seol, played by Kim Go Eun, drew me in, and as her feelings for Yoo Jung, played by Park Hae Jin, changed so did mine. I never fully liked Yoo Jung even at the end, but they understood each other and that is more than some Kdrama couples seem to do, so it did end up being here on my 2016 worth watching list. 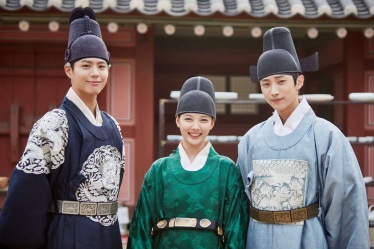 I love watching Park Bo Gum, not only is he good looking, he has one of the most expressive faces in Kdrama-land, so I had to watch Moonlight Drawn by Clouds. I did enjoy it for the most part, it had beautiful clothes, location and scenery plus some attractive lead actors/actresses, but it seemed a little slow at times and I kinda zoned out at times. Still it was pleasant enough to watch and I would recommend it. 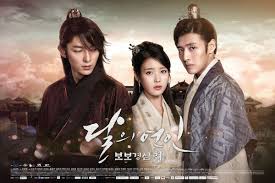 Moonlight Drawn By Clouds had stiff competition for a pretty boy period drama with Scarlet Heart: Ryeo which did indeed have a very attractive cast, however it was a  more intense roller coaster ride of emotions. 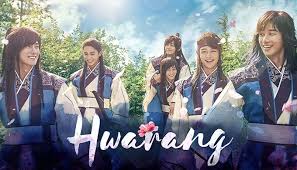 Hwarang: The Beginning arrived late in the year and soon gained a decent fan base, but I think it suffered a little for being basically the third ‘contender’ of the year. The fans of BTS whose member Kim Tae Hyung played the part of the youngest Hwarang increased its popularity overseas.  I do, however, love that the lead actor plays with a unique 14 sided die called Juryeonggu, the original of which came from Silla. The choice between the three of the pretty boy period dramas is hard and I guess just boils down to personal preference. 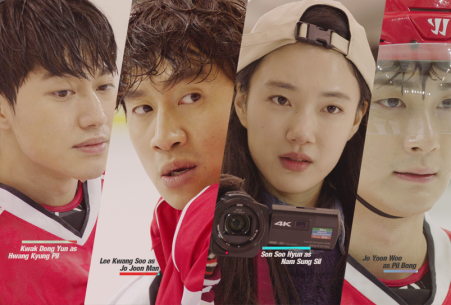 Puck shows a different side of Lee Kwang Soo and was a good short drama to while away an afternoon. 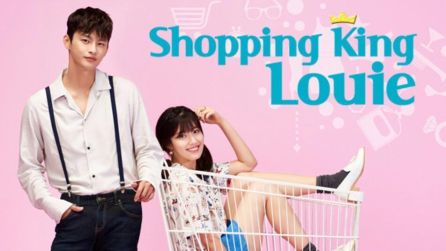 Shopping King Louie was a pleasant surprise, for although it had a few cringe worthy moments, it also had some touching and sweet ones too. I have mixed feelings about Seo In Guk’s looks, I’m really not sure he is anywhere near as handsome as everyone says he is,  but he definitely can create a character and act him out incredibly well. ( If you want to see him and Park Bo Gum in a different light try watching I Remember You aka Monster.) In Shopping King Louie his naivety and innocence shone through and helped me still like his character even when he was petulant and annoying. 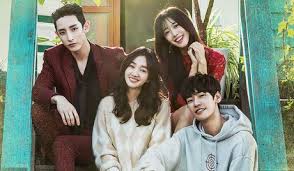 I almost missed out on this one, ( The Man Living In Our House) which would have been a shame. It also goes under the title of Sweet Stranger And Me. The premise is silly, but this is Kdrama-land after all, and once you are willing to go along with it, the story had a few more twists than perhaps it would seem from first glance. Again an attractive cast with some decent character development. I liked that although one character did change, it was a partial change and therefore much more believable than in some Kdramas.

Weightlifting Fairy is currently on air so I haven’t seen all the episodes, but I like that a Kdrama is showing a slightly larger lead actress, (Kim Bok Joo gained about 20 pounds for the role) and is loosely based on a real person. So far it is engaging and looks like it will be an enjoyable show. Edit. I’ve just finished all the episodes and it just got better and better, I fell in love with the loving, natural relationship of the two main leads. It jumped into my top three choices of the year. 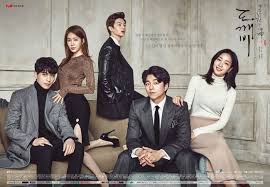 My favorite show so far this year, just edging out W-Two Worlds, has to be Goblin. Only half way through and each week I can’t wait for the next episode, which says something as usually I will let a few episodes stack up and then have a semi binge afternoon. Real men as lead actors, who have great chemistry and a budding bromance, a story line that seems straightforward, except that the cast of supernatural characters have differing goals and agendas which will no doubt lead to plot twists and turns. I’ve heard some criticism about Kim Go Eun’s character being too young, but I think I can understand the writers choice of her starting the drama as a girl and not a woman. She’s just young enough to still have the fearlessness of youth plus the naivety and unspoiled charm that might just jolt a 900 year man out of the routine of his life. I like her, and the other characters, so hope the drama ends up with a happy ending for everyone.

So if I were to recommend the kdramas of 2016 that I enjoyed most I think it would be Goblin first, followed by W-Two Worlds, and then Go Ho Starry Night, with a whole bunch of others in a tight grouping just behind them.

Below is a listing of 2016 K-dramas that I could find on various available online streaming services. I’m pretty sure this is in no way a complete list. Hope you find something good to watch, and you can let me know your favorites in the comments below.

You may also like, Hwarang, The Flower Boys of Silla,  Is it The Kdrama Actor,  Goblin, Guardian, or God,  Juryeonggu, and The Best Korean Dramas, (So Far This Year).