Posted on October 29, 2016 by kpopjacketlady

I mean actors named Park not public parks, although one day I should post about those too.

As many of you know there are a lot of people with the surname of Park in S.Korea as it is one of the top three most common surnames in the country. Kim is in first place, Lee in second and Park in third. These three surnames belong to more than half the population, which of course means there’s a lot of Korean actors with the last name Park. They range in age from child actors to more senior ones.

One the left is Park Ji Bin and on the right Park Hyuk Kwon.

My favorites fall somewhere between those ages. It is hard to list them all numerically as a new role or performance might change my mind, or even a scandal or learning something bad about their character. So in no set order my favorite ‘Parks’ are Park Bo Gum, Park Seo Joon, and Park Hae Jin. Other Parks I like include Park Hyung Sik ,Park Min Woo, and Park Sung Woong, along with a few comedic and supporting actor Parks like Park Ki Woong. There’s even a few Kpop idols named Park who are beginner actors like Park Chanyeol and Park Jin Young who I’m keeping my eye on.

Park Bo Gum is a young actor, only 25 years old, who enjoyed tremendous success and popularity for his drama Moonlight Drawn by Clouds. That drama may have put him squarely in the public eye, but many of us have been enjoying his acting since his debut in 2011. He was in a couple of movies such as Blind, and Runway Cop, and the TV drama  Bridal Mask as well as others. But he first popped up on many peoples’ radar in Tomorrow’s Cantible where he caused some serious second lead syndrome among viewers. Since then he’s been in more movies and dramas, including Hello Monster and Reply 1988, as well as co-hosting on Music bank, and appearing on variety shows. His latest project is the Kdrama  Encounter. He also has been, and is, a popular endorser of products for big name companies such as Sony, K.Swiss, and Domino’s Pizza. Park Bo Gum has received lots of awards in his relatively short career, including Best Newcomer Awards, Best Supporting Actor, and others including an Asia Star Award. I agree he is deserving of these awards as he is a good actor, but for me I think it is his smile. He is a versatile and engaging actor and has a multitude of great facial expressions, but when he smiles he just lights up the screen and oftentimes makes me smile too. I hope to see him in many more leading roles.

Park Seo Joon has been around a little longer than Bo Gum and he also has has a nice smile. (Maybe there’s a trend in which actors I like? Probably.) Park Seo Joon is 30 years old and completed his mandatory military service in 2010 before his debut in 2011 in a music video. He then got a part in Dream High 2 followed by Pots of Gold and then Witch’s Romance. He really came to the forefront and grabbed my  attention in Kill Me, Heal Me, and then I also enjoyed him in She Was Pretty.

I enjoyed seeing him in historical clothing and long hair in  Hwarang, The Beginning, which aired at the end of 2016 beginning of 2017. This drama also had Park Hyung Sik in the cast so double Parks.

2017 saw him in the romantic comedy drama Fight For My Way, which had the added bonus of seeing his muscular body on more than one occasion. He also appeared in the movie Midnight Runners which was a cop buddy romp which tested the appeal and capabilities of the two main leads. I enjoyed it.

In 2018 the highly rated What’s Wrong With Secretary Kim? put him firmly at the top of the rom-com list for me. He can be silly, and comedic and then turn around and make you believe he is the most handsome romantic lead and totally understand his tug on the heroine’s heart. Perhaps because he doesn’t want to be completely typecast I hear his next movie is an occult mystery set for release in 2019.

I’ll be watching out for all his future projects.

I really enjoyed his acting in the 2014 Bad Guys and then the 2017 Man To Man. Even though I had known about his acting from multiple dramas for many years it was not until these two that he became one of my favorites.

He was born in 1983 and debuted in 2006. He had pretty much an instant hit with Famous Chilli Princesses for which he won a Best New Actor Award. He got acting work regularly and then in 2009 he appeared on the hit variety show Family Outing. This got him a lot of name exposure and no doubt helped him to become a household name.

Seoyoung, My Daughter (2012) was a hugely popular drama as was My Love From The Star (2013) in which he had a supporting role. Doctor Stranger (2014) also received good reviews.

In Bad Guys (2014) he played a deliciously evil character who in many ways had no likable parts to his character, but somehow I felt sympathy for him and no matter how unapproachable he was I ‘liked’ him. This drama is not for everyone as it has it dark parts, but I enjoyed the whole ‘Dirty Dozen‘ vibe. Plus I like Ma Dong Suk.

2016 was the year of the extremely popular Cheese In The Trap followed by Man To Man in 2017. For some reason a lot of people didn’t like Man To Man, but it was one of my favorite dramas of 2017.

2018 was a bit of a mess as he was due to star in Four Men, but it seems that the production of the series was halted part way through and I’m not sure what happened. I haven’t read any particular controversy about this although Park Hae Jin is no stranger to that. He didn’t serve in the military due to ‘depression and sociophobia’ and was official exempt, but netizens have commented that he is faking. There are also rumors of him working at a ‘host bar’ when he was young, but nothing has been proved and to me it doesn’t really matter either way.

On the flip side he is widely known as a philanthropist and has donated not only his time, but also over US $ 1.5 million since his debut.  I’ve enjoyed a few of his dramas and have rewatched a couple of them more than once and am looking forward to his future work.

There are also multiple actresses with the surname of Park and I’d probably say that Park So Dam who is cute and engaging and has seen some success with Beautiful Mind and her Cinderella and The Four Knights is worth watching. Also Park Ye Jin has to be a favorite, not necessarily for a specific acting role, but for Family Outing Season 1. As herself she was pretty amazing and I would have her on my team in any end of the world scenario. 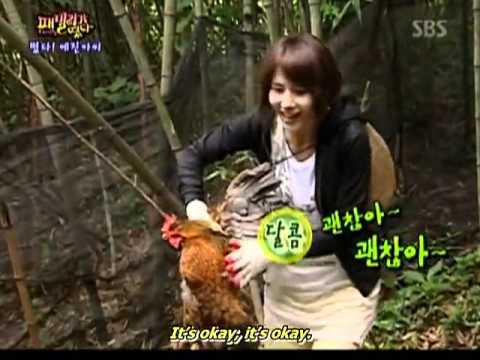 A part 2 may follow soon.  Who is your favorite Park? Please let me know in the comments below.

You may also like Hwarang; Flower Boys of Silla, Is it the Kdrama Actor? and The Best Korean Dramas, (So far this year.)

7 Comments on “My Favorite Parks. (Actors not green spaces.) Edited and Updated January 2019.”