Posted on December 26, 2016 by kpopjacketlady

There are many Korean variety show games that basically get their humor from the ’embarrassment factor’. This is an almost sure way to make people laugh and increase ratings. Whether or not you choose to play these games with your friends will perhaps depend on their character, as cringe worthy photos are sure to result form trying any of these classics. 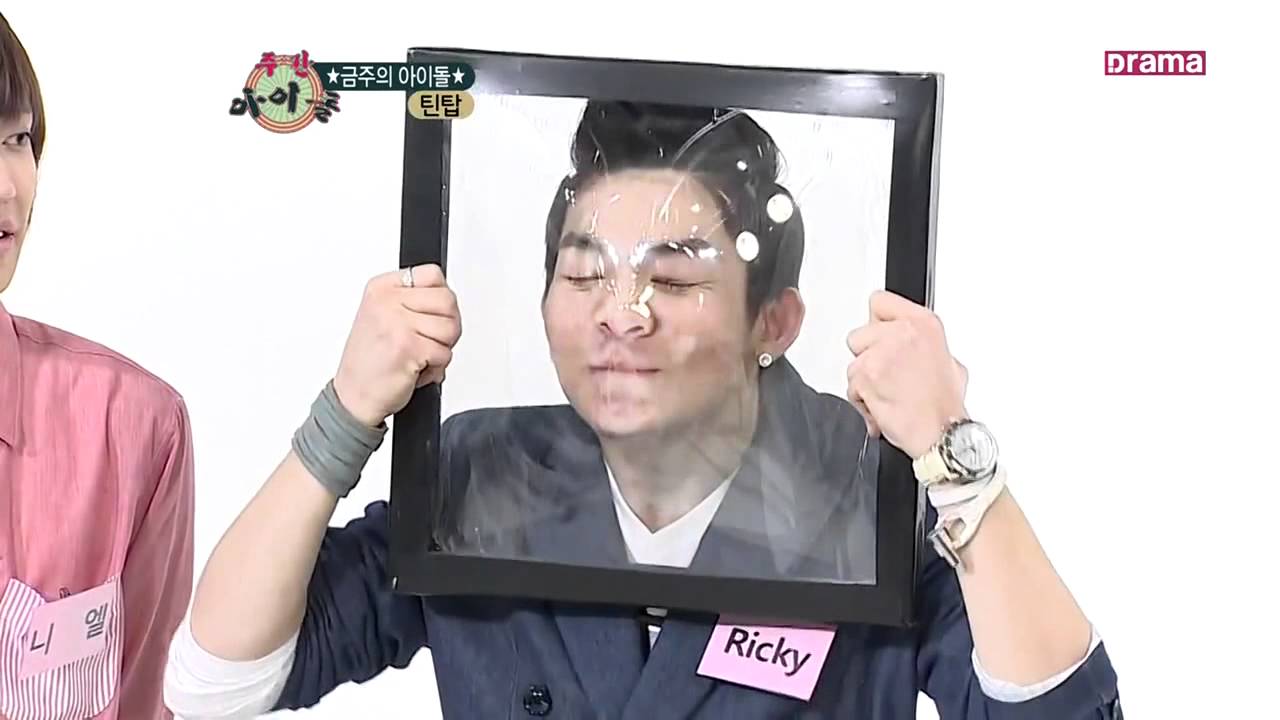 Face distortion is popular way to make people look ugly, weird, or funny, and the two most popular ways are by using pantyhose, or by using plastic wrap stretched over a frame. In the first image, Jack Black and Yoo Jae Suk have place pantyhose over their heads, with the foot tied to a stationary point. They have to push forward until they can get close enough to blow out a candle. With the plastic wrap the aim is to break through as fast as possible, although I think BTOB was really going for just who could be the ugliest.

Depending on your perspective and who you are ‘playing’ with, the pepero game can be embarrassing. This is particularly true when female Kpop idols have to play. (They also have to be aware of their image and fan reactions.) Basically two people hold a pepero candy in their mouths and must eat down until the shortest length is left. You can also play with things such as bread sticks. Although embarrassing and cringe-worthy for the players it is a very popular game for watching fans.

Other games that can lead to ruining a carefully prepared K variety show appearance and causing a disheveled and embarrassing look are those that use water balloons, and those that involve mud. Water balloons are used in various ways with perhaps the simplest being catching thrown water balloons in a basket held above ones head. K variety shows have come up with multiple ways to get their cast and guests wet and the one shown in the image above was really inventive. But the most challenging one to recreate would have to be the water balloon game played by Infinite Challenge members in zero gravity/free fall in the Vomit Comet, a reduced gravity aircraft. 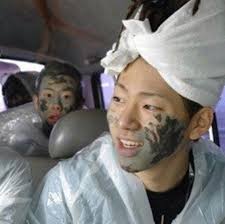 Some of my most favorite K variety show games are those played on the vast Korean mudflats, in  flooded rice fields, and just generally in mud. There is no way any of the cast or guests can maintain a celebrity image after a game in the mud. Famous actors, idols, sports figures, etc have all finished these games looking no better than drowned rats.

Competing in mud is also very exhausting and strenuous and takes a lot out of the players, but it is definitely funny for the audience. ( I have tried walking on the mudflats of northern Germany and  at each step the mud really sucks at your feet and legs. I fell over even just trying to walk.) My first time seeing mud games on K variety shows was back in the days of Family Outing part 1 and I’ve loved them every since.

Korea also has mudflat tours, and mud festivals where everyone can go play games in the mud, with the most famous being in Boryeong.

Sometimes simple games that children play can be embarrassing for a celebrity when they prove unable to do it. Everyone should be able to jump rope, but when one team member lets you down.….

Please do do copy or use without permission and accreditation.

← Kpop Songs For The Holidays.
Juryeonggu: A 14 Sided Die From The Golden Age Of Silla. →