Kpop Songs For The Holidays.

Posted on December 20, 2016 by kpopjacketlady

So this was written last year so some of the information is a little dated, however the song suggestions still hold up. I’ve added another paragraph or two with more song suggestions, and remember you can always post your top Kpop Christmas song in the comments.

It is that time of year again, when thoughts turn to the holidays along with all their traditions and memories of years past. Even if we live someplace warm we often dream of picture postcard scenes of snow, with perhaps a holiday romance thrown in for good measure. Kpop artists have come up with some really nice songs to help get over the winter blahs and help us focus on dreams of winter wonderlands, being with good friends, our families, helping others, and enjoying the festive season.

EXO has already produced a few seasonal songs since their debut with their latest being released yesterday as part of their new EP “For Life”, which is branded as a ‘winter special album’. The new EP has seasonal themed songs such as “Winter Heat”, “What I Want For Christmas” and “Falling For You”. These will have to be very lucky to surpass their “Miracles in December” offering from 2013 which is at over 32 million views on YouTube.

Multiple groups have produced quite successful Christmas songs with Girl’s Generation releasing “Dear Santa” in 2015 with both a Korean and English version.  Combined they stand at just over 16 million views on YouTube. Crayon Pop had a really quite silly, but cute song called “Lonely Christmas” which is at the 10+ million plus mark.

To celebrate togetherness at Christmas entertainment companies often release songs with multiple artists recording together. JYP released “This Christmas” in 2010 where he was joined by 2pm, 2am, miss A, and Wonder Girls. This has a very nostalgic MV, since so many of the idols shown are no longer under the JYP label. SM Entertainment produced “Santa You Are The One” in 2011, sung mostly by Super Junior with Henry & Zhoumi, it features other artists in the MV, including SHINee, BoA, f(x), Girl’s Generation, TVXQ and more. Star Empire came out with “Shooting Star” also in 2011 which featured 9 Muses, Jewelry, and ZEA, while in 2012 Jellyfish Entertainment showcased its’ artists such as VIXX, Sung Sikyung, Seo In Guk, and more with “Because it is Christmas.”  Then in 2013 Starship Planet made the cute “Snow Candy”  with Sistar, Boyfriend, and K.Will, and Cube United released “Christmas Song”chock full of idols such as G.Na, 4 Minute, A.pink, Beast, BTOB and Huh Gak.

Entertainment company releases are often less polished and more along the lines of sharing the holidays with their fans, as are many of the lesser known Kpop Christmas songs. Teen Top’s “Snow Kiss” from 2014 uses a self made MV for their fans which is very cute, and other groups such as Infinite show a softer image and direct their feeling through the camera to their fans with their “Lately” MV from 2011. Yet others use behind the scenes videos to accompany their Christmas offerings, such as MBLAQ in 2011 with “White Forever.”

Bom and Lee Hi’s “All I Want For Christmas” is beautifully sung, as can be expected from two such talented artists, but I’ve never really liked their MV, however if you’re feeling down this Christmas this might make you realize that some people have it worse and cheer you up a little? Otherwise I suggest “Dashing Through The Snow In High Heels” which has to be one of the best Christmas song titles, sung by Orange Caramel with help from NU’EST. It is a cheery, cute song with lots of stuffed animals, silly hats, Christmas sweaters and attractive people. Sure to cheer anyone up.

Update Dec. 2017. So far this year there’s been a few seasonal / winter songs, some somewhat maudlin like Snow from Zion T, featuring Lee Moon Sae, and starring actor Ahn Jae Hong in the MV, and yet others more upbeat such as Twinkle from Lovelyz. 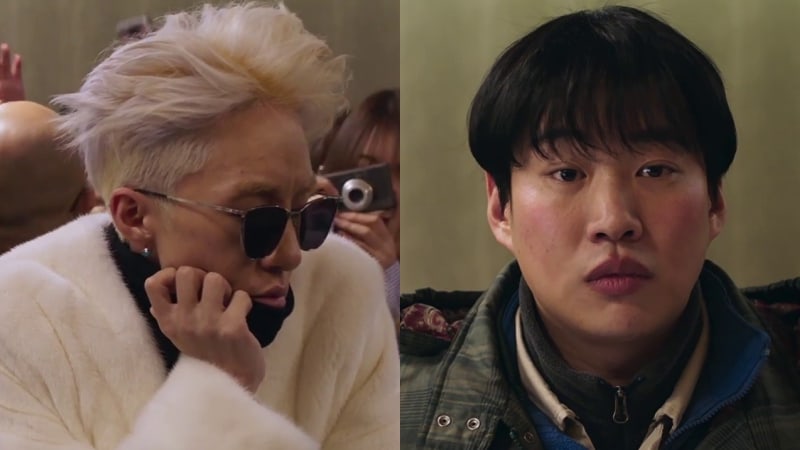 So far though, my favorite song for Christmas so far is White Blanket from The Barberettes. Very traditional and christmassy and totally suitable for playing to a wide and diverse audience. The Barberettes first came to my attention in 2015 when they performed at Kpop Night Out at SXSW. A throwback to earlier times they produce some good songs and sing lots of covers of famous artists.

And of course BTS has just released Crystal Snow in Japan, which is a little more ballad like than their usual songs. (You can find it on Spotify.) While Starship Planet has released a very pleasant Christmas Day.

If you look through Youtube there’s quite a few more Christmas/Winter songs plus playlists to explore. Why not give some of your favorite artists lesser known seasonal songs a try, plus you can always wish them seasons greetings in the comments!

Have a great day everyone, plus an absolutely fantastic holiday season.

You might also enjoy Kpop Musings, The Kings of Kpop,  Return of the 1990’s Kpop Groups, and  Like Dance? Watch Kpop.