Posted on September 20, 2016 by kpopjacketlady

Spinning tops were once popular all over the world and have a very long history. No one knows when or where the first ‘top’ was spun, but we do know that the ancient Egyptians spun tops. One hypothesis as to their invention is based on the similarity of a top to a spinning tool called a drop spindle. It suggests that a broken spindle with a short handle was picked up by someone and that when twirled between the thumb and index finger, a movement similar to the action used when spinning wool, it spun in a pleasing manner and a new toy was invented. This seems a likely scenario, although some cultures made their ‘tops’ from sea shells or nuts so perhaps spinning tops were independently invented in different places at different times.

The oldest top found in Asia was found in Shanxi Province in China and is said to be about 4,000 years old, putting it on par with the ones found in ancient Egypt.The first known reference to spinning tops in Korea is found in a Japanese book from AD 720 which says that tops came to Japan from Goryeo. It is therefore quite likely that tops were played in Korea for some time before this date. Later references come from AD 1690 and 1779, proving the continued popularity of the activity. Spinning tops could be played by whipping the top with a whipcord once it had begun to spin, with the winner being the one that either spun their top the longest or managed to knock any opposing tops over. This game was often played on ice in the winter as the ice provided a nice smooth surface for the spinning top. 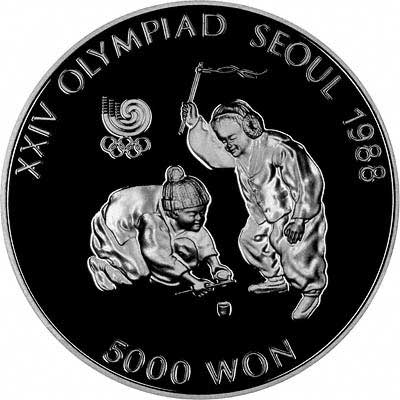 Other ways to play with tops included ‘fighting’ by throwing your spinning tops into an enclosed box, or area, where the goal was to knock down your opponents tops. You could also play by having obstacles in the box that your top had to knock down for points. Performing tricks with spinning tops was also a popular activity. The 2 main ways of spinning tops was with the thumb and index finger or by using a string wound around the top and then pulled.

Tops come in many shapes and sizes and can be made from various materials, however the best tops are made from good quality hardwoods. Fighting tops in particular should be made of dense, hard wood. Many modern wooden tops are unfortunately made from relatively soft cheaper wood. The game of spinning tops is dying out as an activity in many places and many times you can only see them played in folk villages, museums, or as a curiosity. Fortunately recent years have seen somewhat of a comeback in some places, and in places like China, Taiwan, and Japan they have always been popular with many skilled players and competitions still to be found.

Usually played in Korea in the winter time, and on holidays, it is still possible to occasionally see people playing with spinning tops in Korea. We saw some students recently in Insadong encouraging the crowds to try out traditional Korean games. You can also buy them in some markets and from street vendors.

Although not very good at using the whipcord to spin tops I do find it lots of fun and worth more than a few laughs. You may find it easier to buy good quality traditional wooden tops where you live  and if so feel free to share a comment or photo in the comments below.

Photo credits me and Elle Marzec, except for coin photo which is public domain. Please do not copy or use without permission and accreditation.