Posted on February 7, 2018 by kpopjacketlady 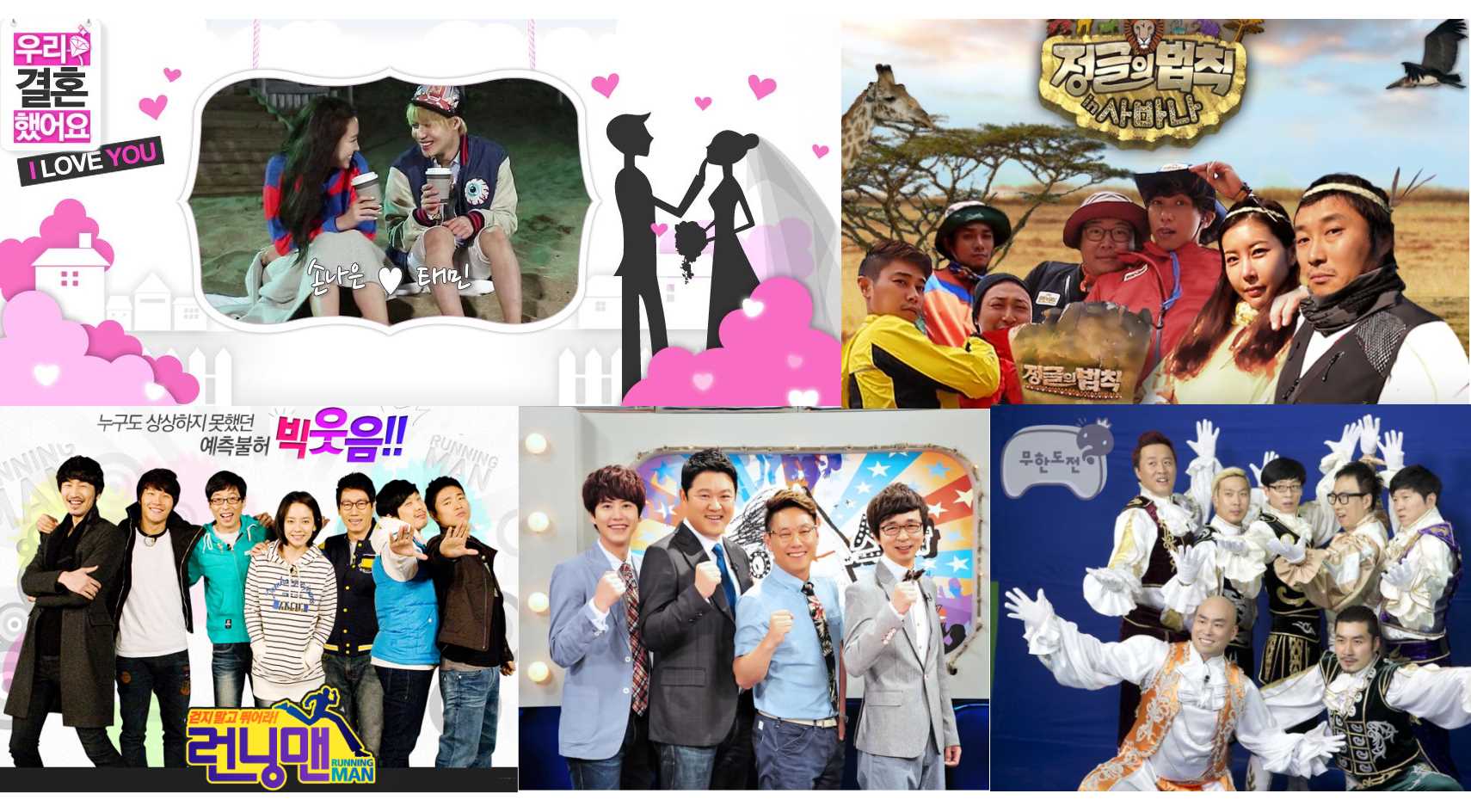 I spent much of my childhood in various European countries and one of my favorite TV shows, apart from Dr. Who, was It’s A Knockout (1966-1988), called Jeux Sans Frontieres when it caught on in mainland Europe.

But they can also make you cry. They can make you want to travel, to eat something or even feel less lonely.  Often you can end up more informed on multiple topics than you were when the show began, which is a cool thing. They are also an excellent way to learn more about your favorite K.celebrity. And lastly they take non Koreans on a journey into the social and cultural aspects of what makes Koreans Korean.

There’s a huge number of KVariety Shows that can sort of be divided into categories, but as so many things overlap please consider any category very fluid. There are shows that have games and competitions, such as  X-Man, Weekly Idol, and Running Man, while others might focus more on food. For example Take Care Of My Refrigerator, Youn’s Kitchen, and Three Meals A Day. Even they, however, might also be considered talk shows, as learning more about each celebrity guest is also part of most Korean Variety shows.

Other shows might have more of a lean towards travel, such as Grandpas Over Flowers, Carefree Travelers, and the most iconic of Ktravel shows Law Of The Jungle.

Or perhaps the focus is more on Sports. Let’s Go Dream Team, Idol Star Athletics Championship, and Cool Kidz On The Block all have a strong sporting element.

Cute babies and children are always popular. Add in some celebrities and you have shows like The Return Of Superman, and Hello Baby.

Or there’s a whole slew of shows with a strong musical element plus the threat of elimination. Shows such as Show Me The Money,  The Unit, Produce 101, Unpretty Rap Star, and others like Fantastic Duo, and King Of Masked Singers. Many of these document to what lengths young performers have to go to to gain success. These shows often have a strong following with national and International Kpop fans as well as with the general Korean public.

There are other ways you can categorize Korean Variety shows. Lately shows focusing on foreigner’s reactions to visiting Korea have become somewhat of a trend. Welcome, First Time In Korea being one of the more recent. But perhaps the most important way to classify some of them is just with the term ‘successful’. Happy Together (2001>>>),Infinite Challenge (2005 >>>), Two Days & 1 Night (2007>>>) We Got Married (2008-2017), and RunningMan (2010 >>>) plus a few others, have all stood the test of time. Yes, they’ve mixed things up a bit, had cast changes and more, yet they endure. And in the rapidly changing TV, Cable, Streaming world of today that really says something.

There are a large number of KVariety shows that I haven’t mentioned and I hope to look a little deeper into what made, or makes, each show special in future posts. If you’re feeling a little down I heartily recommend you watch a KVariety show or two. They can often be found on YouTube, as well as Netflix, Viki, Kocowa etc and are sure to cheer you up.

You may also enjoy The Humor In Mud,  Korean Variety Show Games,  and Best Of Weekly Idol Random Play Dances.

All photos and videos belong to original owners.