Posted on September 11, 2016 by kpopjacketlady

On Korea’s Jeju Island there’s a small garden devoted to the ancient art of bunjae, known in the west by the Japanese name of bonsai. The garden began in 1963 when Seong Beomyeong bought a piece of wasteland and began the process of converting it into one of the world’s top gardens. The garden was opened in 1992 under the name Bunjae Arpia and then later it became Spirit, or Spirited Garden. 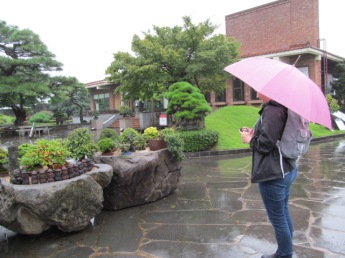 It was raining during our visit which may have been a good thing as it meant there were fewer visitors to disturb the peace of the garden. There were informational signs throughout the garden in both Korean and English and it was worthwhile to stop and read them, although it should be noted that these are the personal opinions of the gardener.

Doing a little background research shows that the Chinese developed the art of penjing, creating miniature scenes in trays to include trees and plants, probably around 2,000 years ago, although definitive proof shows up in 706AD with a Chinese illustration showing the practice. Legends and descriptions mention the practice as being in place in China from a very early date.

China and Korea have a very long history of interacting with each other and the art of penjing made its way to Korea where it took hold and flourished. It arrived in Japan at a later date, spread either by Buddhist monks or Chinese ambassadors. In each country the style changed over time to suit the preferences of that country. Some people consider Japanese bonsai to be superior, however, penjing more closely follows the ancient and traditional methods and aesthetics, while bunjae has a charm of its own. Ironically during the Japanese Colonial occupation of Korea many of Korea’s best bunjae were taken to Japan, meaning that some of the older and more revered bonsai may have had a Korean beginning. 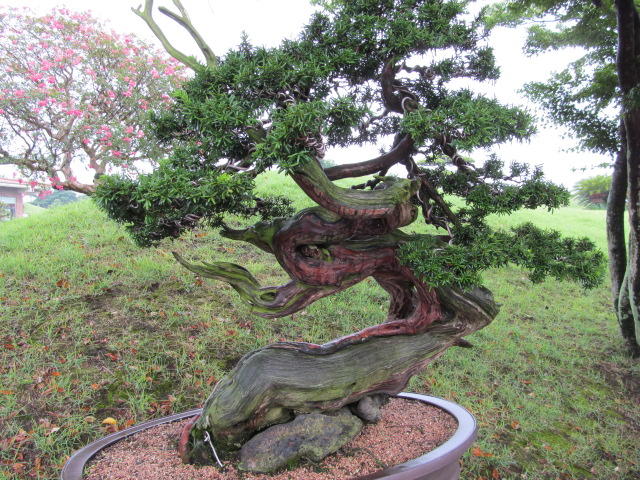 If you enjoy trees and want to explore the world of training and miniaturizing trees to bring out their hidden beauty this is definitely the garden to visit. It is not a showy garden, but is subtle and understated with a charm that slowly insinuates itself into your being. You can sense the age and strength within the trees. With care bunjae/bonsai trees can live to a great age and are highly sought over as status symbols. This collection is worth a small fortune.

To finish our visit we bought some fish food and had fun feeding the koi. 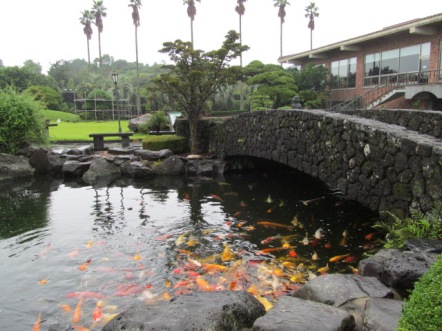 ← BIGBANG10 THE EXHIBITION A TO Z
Green Tea Waffles. →