Posted on October 13, 2018 by kpopjacketlady

Every year sometime between mid October and mid November the Jogyesa Temple holds its annual Chrysanthemum Festival. Last year we were lucky to catch it as we hadn’t actually planned it into our schedule. It usually lasts a few weeks so some of the events, such as traditional musician performances, are spread out throughout the Festival’s run.

Arriving just before dusk the flowers were amazing, in the bright sunlight of earlier in the day they very well may have been overwhelming.

Although the history of Jogyesa Temple goes back a long time, the Temple that sits on the site today is fairly recent. It is also in the middle of Seoul surrounded by modern buildings, but don’t let that put you off visiting particularly if you are in the area visiting other attractions.

The Jogyesa Temple is the main temple of the Jogye order of Buddhism and holds a number of National Treasures, including a 500 year old Lacebark Pine tree. ( Designated as National Monument no 9. ) 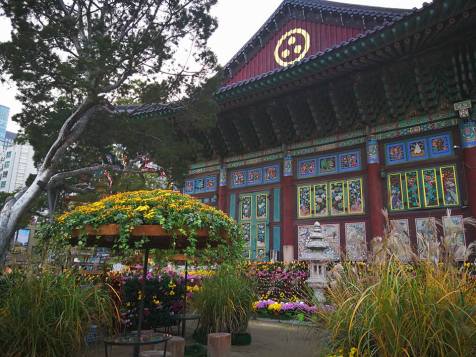 It is also well known for holding TempleStay programs which allow tourists to stay in the Temple and learn about Korean Buddhism. 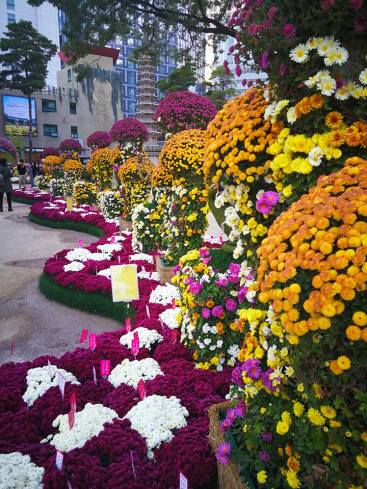 The chrysanthemum is a traditional and popular fall flower in many parts of the world and Korea is no different. Chrysanthemums originated in China and may have spread to Korea very early on, definitely no later than the introduction of Buddhism in the 4th century CE.

There was a touch of whimsy and humor in some of the displays.

As well as a great deal of skill as this Bunjae (Bonsai) chrysanthemum shows. Just look at those roots and the thickness of the ‘trunk’.

This “tree” was just beginning to blossom. It would no doubt have been magnificent when fully in flower. 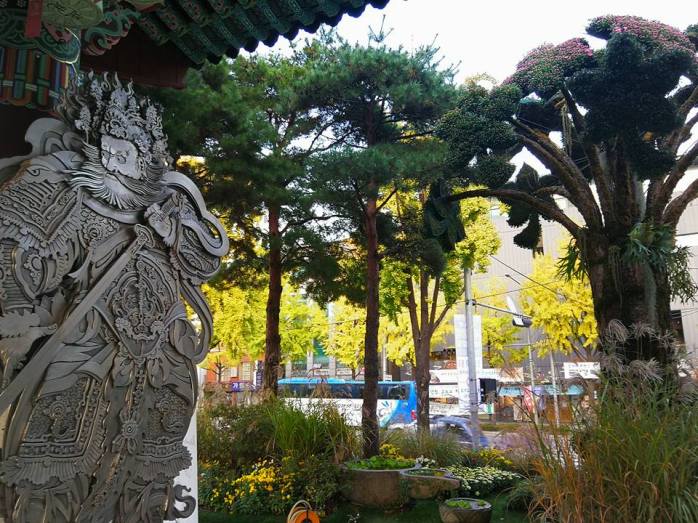 And of course there was a dragon in all his glory.

If you find yourself in Seoul I would recommend a visit to Jogyesa Temple, particularly if a festival is taking place.

Other festivals take place during the year, and one of our other trips we caught them setting up for Buddha’s birthday. 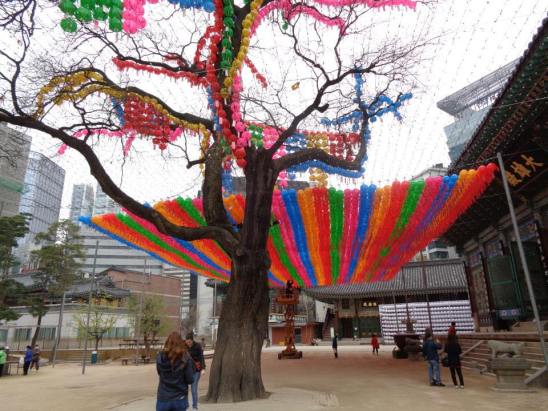 Please do not copy or use without permission and accreditation. All phpto credits to Elizabeth Marzec.