Historically there have been three great naval admirals in the history of the world, the Englishman Admiral Lord Nelson, the Japanese Admiral Togo, and perhaps greatest of all, the Korean Admiral Yi Sun-Shin. All three defended their home countries from foreign invaders and were national heroes in their home countries. But outside of those countries very few people will have heard of any of these men with perhaps the exception of Nelson. (His statue is on the big column in the square in the center of London which is filled with tourists and pigeons, which you’ve probably seen in movies.)

Admiral Yi Sun-Shin is perhaps the least known outside of Korea, but to the Korean people he is acknowledged as one of their greatest heroes. (A poll gave him 43.8%of the votes when asked who was the greatest figure in Korean history.) His statue stands in Gwanghwamun Square in the center of Seoul.

Yi Sun-Shin was born in 1545 and was trained from a young age to be a gentleman, which meant learning the ways of a scholar. It didn’t really suit him and so in his early thirties he took and passed the military service examination. He spent some time fighting on the Northern Frontier and did  well, however he was falsely accused of cowardliness and tortured and demoted in rank. He eventually rose back through the ranks. With a strong recommendation from a minister who knew his family,  he became a naval commander. Noting the poor state of the Korean Navy at the time he set out to improve it. He improved conditions for his men while instilling discipline, upgrading weapons, and beginning to  build Turtle Ships.

Turtle ships had first been invented in the 15th cent. but had fallen out of use, so Yi Sun-Shin, along with his shipbuilders, redesigned and improved the Turtle ship until he had a strong, quick, heavily armored ship capable of facing Korea’s enemies.That enemy turned out to be the Japanese who had their eyes on both Korea and China. Japan had a huge Navy and were the superior military nation in the area at that time. 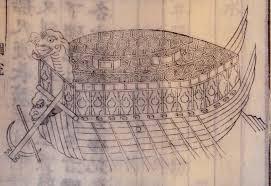 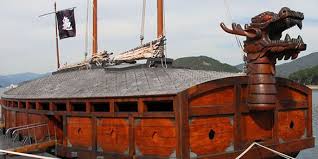 When the Japanese invaded in 1592 Yi Soon-Shin only had one Turtle ship, which had been completed one day earlier. (The Korean Navy did have other types of ships, but they were not as effective as the Turtle ships.) This did not stop Yi Sun-Shin from taking on the far larger Japanese Navy. Over the next 7 years he fought 23 naval battles without losing a single one. As Turtle ships were built they were immediately put into service and they, along with Yi Sun-Shin’s strategies and tactics, eventually defeated the Japanese Navy. At the Battle of  Myogngyang in 1597 Yi Sun-Shin had 13 ships and faced 330 Japanese ships. He won.

If all this sounds worthy of a movie or a drama, it is. There was a drama of over 100 episodes showcasing his life and the battles he faced both on and off the field. It was called The Immortal Yi Soon-Sin and Kim Myoung Min played the lead role. There was also a 2014 movie called Roaring Currents staring Choi Min-Sik and Rye Seung-Ryong which received quite a few awards and decent ratings. I have seen the movie and thoroughly enjoyed it, although a lot of the focus was on the battles and therefore was more an action movie than anything else.

There are quite a few websites and books about Yi Soon-Shin if you really want to impress your Korean friends, but at the very least it is a good idea to learn at least a little about Korea’s Greatest Hero.

To help place Yi Soon-Shin in time. Queen Elizabeth the First was still on the throne of England. The first permanent colonies had yet to be established in N. America.

You might also enjoy Horseback Archery In Korea,   Ramie: “The Wings Of A Dragonfly.” Ssireum: Korean Style Wrestling,   and Hanji: The Paper of Korea.