Posted on December 2, 2017 by kpopjacketlady 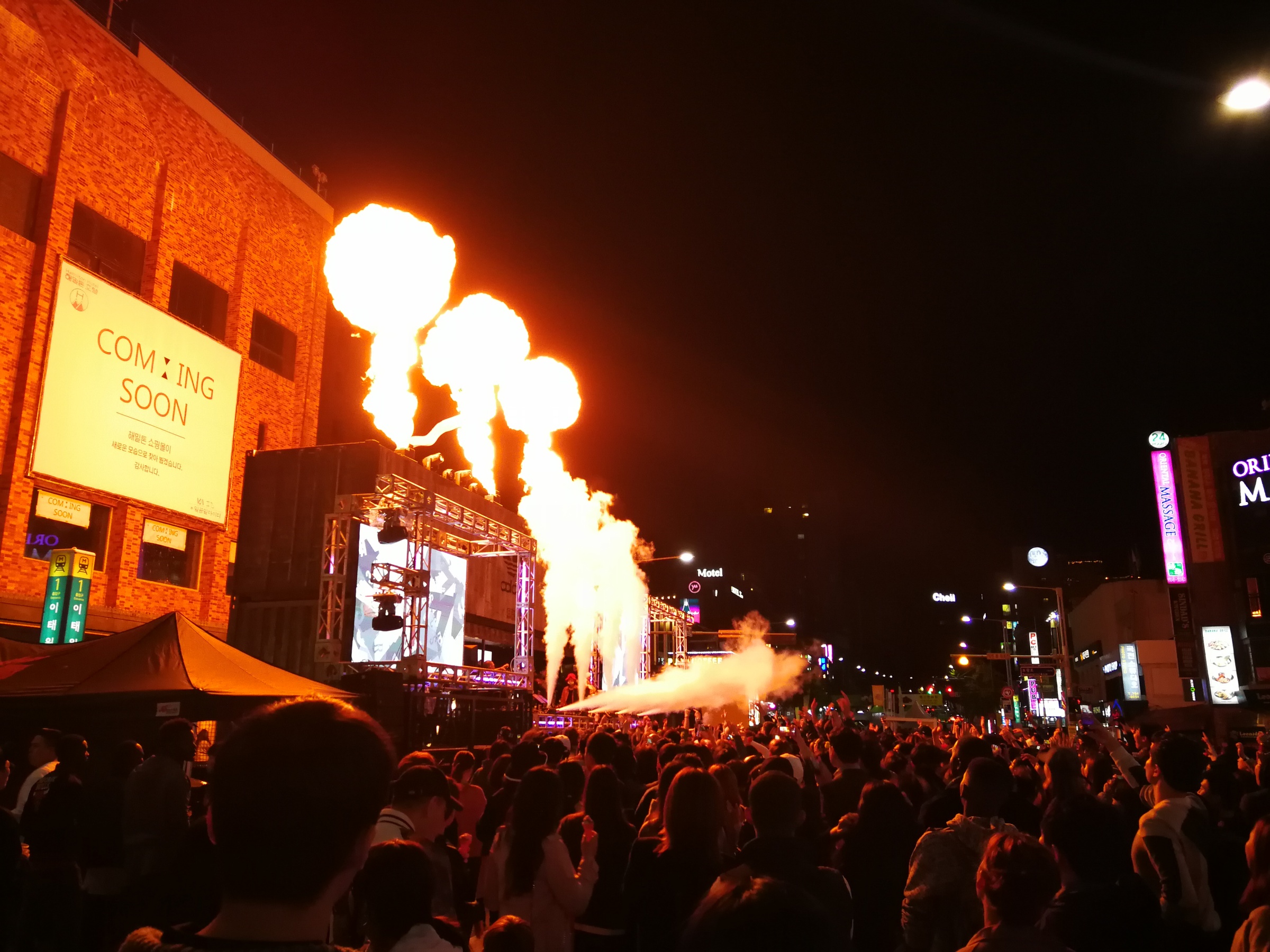 One of the largest multicultural events of the year in Seoul is the Itaewon Global Village Festival, held every Fall since 2008. From what I can tell it has gotten biggest and better each year and it is definitely worth putting on your list for next year. 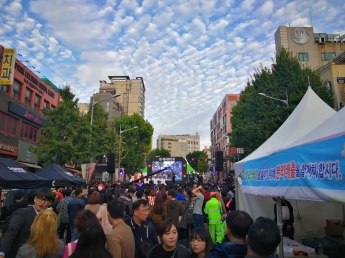 We went late afternoon to give ourselves time to look around before it got dark, The crowds were intense, as were the lines for the ‘Beers of the World’. You could tell some people were having lots of fun drinking their way through various countries. 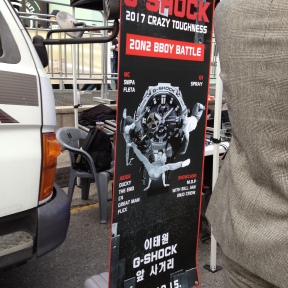 We headed through the crowd to the BBoy Battle which was amazing. They had some really talented guys from multiple countries and it was really cool seeing them compete.

The midway point where you could branch off to a side street was crazy busy with people, not least because there was also another stage set up there. This one focusing on DJs as we passed by.

We went down the side street where there were lots of stalls from various countries showcasing their culture, arts, and food. We looked, and learned, and then of course ate and drank. It was much easier to get interesting beers there too.

A smaller stage was tucked in at the end of the side street. 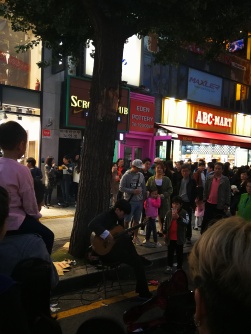 Street performers staked out slightly quieter areas to showcase their abilities, and people found places to eat all the delicious ethnic food choices away from the main stream of people.

As it got dark the crowd increased and as we made our way back to the crossroads we decided to see if we could find a quiet place to take a break. Fortunately we found a bowling alley right on the main street. 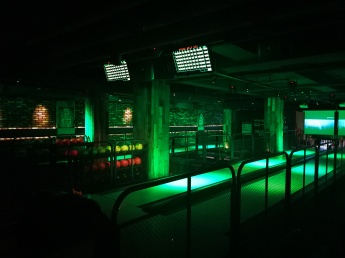 We stopped in for a couple of games and a bite to eat and of course drink. Bowling is expensive in Korea because it takes space, and space costs money. Even so we had a blast and this was a funky little place to hang out and bowl.

We walked outside to find the crowd was still intense and it seemed like people were waiting for the show to start.

And when it did the crowd went wild, we could feel the heat from the flames even from towards the back of the crowd. Wow.

We had a great time at the Global Village Festival for many reasons, but I think the biggest one was perhaps the fact that there were so many people from other lands there. I’m not just talking about tourists, but people from all over the world who were now living in Seoul and were sharing their diverse cultures with everyone. We heard so many different languages it was really interesting. If I’m in Seoul in October next year I definitely go again.

You may also enjoy Seoul Bamdokkaebi Night Markets,  Pojangmacha: Better Known To Some As A Soju Tent,  and Korean Games.

Please do not copy or use without permission and accreditation. All photo credits to Elizabeth and Debora Marzec,

← Nighttime Cruise On The Han River.
Eating Bibimbap In Jeonju, The Gastronomical Capital of S.Korea. →