Eating Bibimbap In Jeonju, The Gastronomical Capital of S.Korea.

Posted on December 5, 2017 by kpopjacketlady 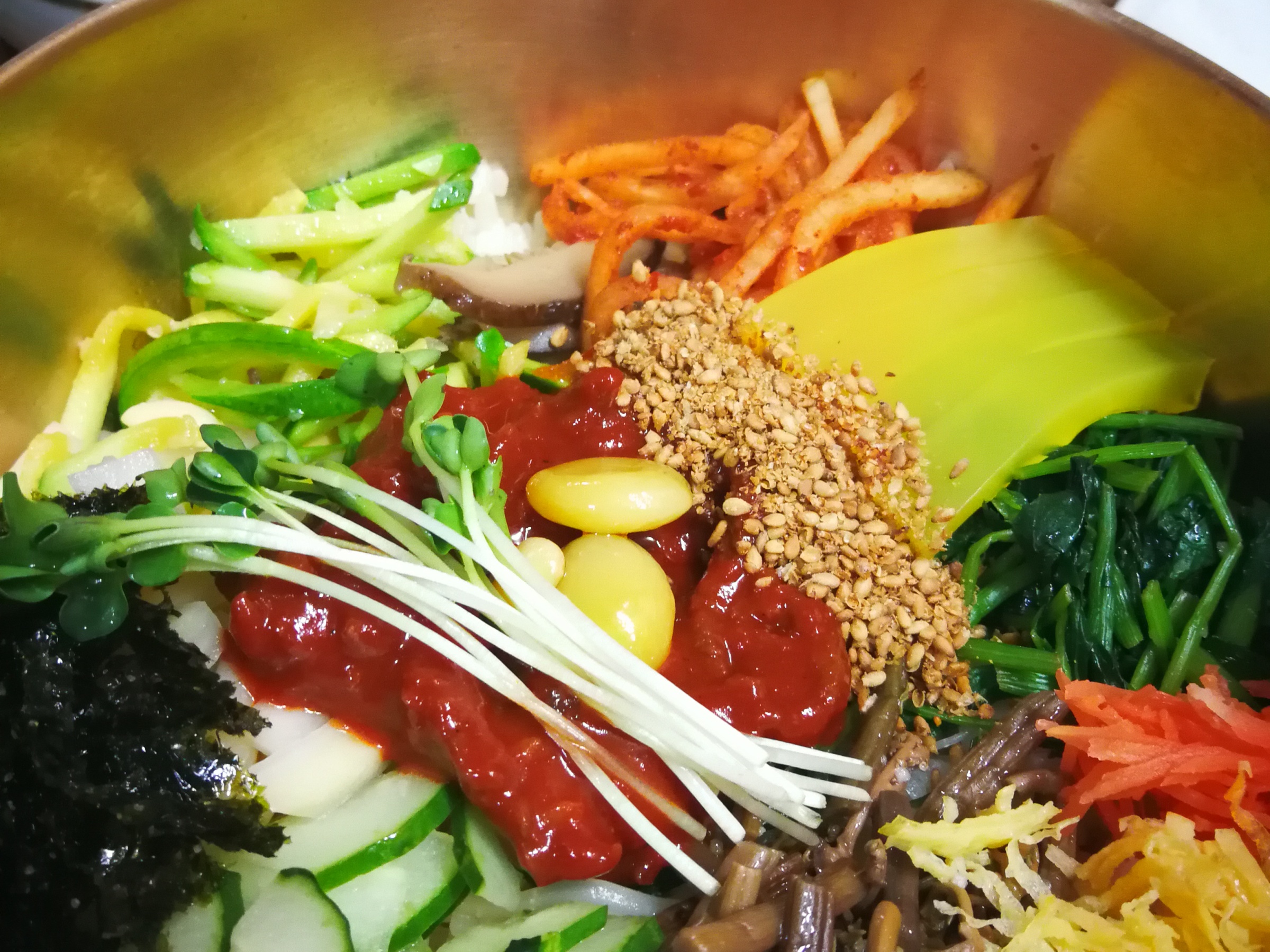 Jeonju, the fourth most visited city in S.Korea, after Seoul, Jeju, and Busan is often overlooked by foreign visitors even though it is extremely popular with Koreans. Within striking distance of Seoul for a day trip using the high speed train, it is probably better to stay for a couple of days to make the most of everything the city has to offer.

Famous as being a UNESCO designated City of Gastronomy and the birthplace of one of Korea’s most well known dishes, bibimbap, food was high on our list of reasons to visit. Our good friend Ken of The Seoul House  kindly went with us for our day trip from Seoul to make sure we saw everything possible on a day trip from Seoul.

There are many great restaurants serving Bibimbap in Jeonju and he chose one that is consistently known as being known as one of the top three. We were there soon after they opened for lunch and easily got a table. Almost immediately a large tray of banchan was laid out before us. The open gap was for the steamed egg dish which came out piping hot, and smelling so good. 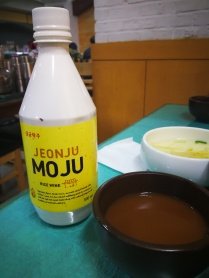 We ordered Moju, a locally made slightly medicinal low alcohol drink. Made with things such as ginger, cinnamon, ginseng and more it actually was really very yummy and very easy to drink. It had overtones of Christmas and might actually be what I drink this year as my Christmas drink if I can find it locally. If you like cinnamon you should definitely try it. A kettle of cold tea was also placed on the table.

Our meal and soup arrived and all talking ceased for a while as we dug into the feast set out before us. Everything was delicious and we did our best to eat it all, but there was just so much. The hostess even gave us an extra serving of the steamed eggs as ‘service’ meaning a free extra, maybe because they don’t see many American tourists. 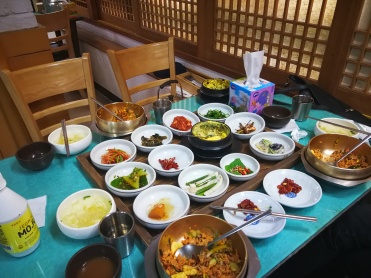 It doesn’t look like we ate much but we were stuffed by the time we finished.

The restaurant was up some stairs and was an open plan, meaning that you could see the kitchen and preparation area. It was all spotless and the staff were efficient and friendly. I would highly recommend a visit.

I’ll post more about Jeonju in a future post, please watch out for it. Have a great day everyone.

You may also like Foodie’s Delight: The Street Food Of Korea,   Too Many Zucchini…..Time To Make Kimchi,   and  Rice: Feeding Half The World Every Day.

Please do not copy or use without permission and accreditation. All photo credits to original owners, Kenneth Kim and Elizabeth Marzec.

3 Comments on “Eating Bibimbap In Jeonju, The Gastronomical Capital of S.Korea.”