The August heat in Texas is incredibly draining with every single thing taking an extra effort, but even the oppressive temperatures couldn’t keep IFs from coming out to see Imfact at Southside Music Hall in Dallas. With Studio PAV’s line number system for VIPs fans didn’t have to line up really early as your place was determined by when you bought your ticket. I was number 31 and although at the far end, got front row seats. Yay. 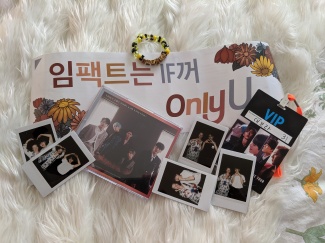 The evening started early for Imfact and VIP IFs as the CD signing, hi touch and group photos took place before the concert.

The guys were pleasant, friendly, and sweet trying hard to smile and make eye contact with everyone. Taeho said ‘I love you’ to a few fans which set their hearts racing. 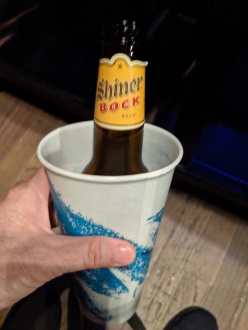 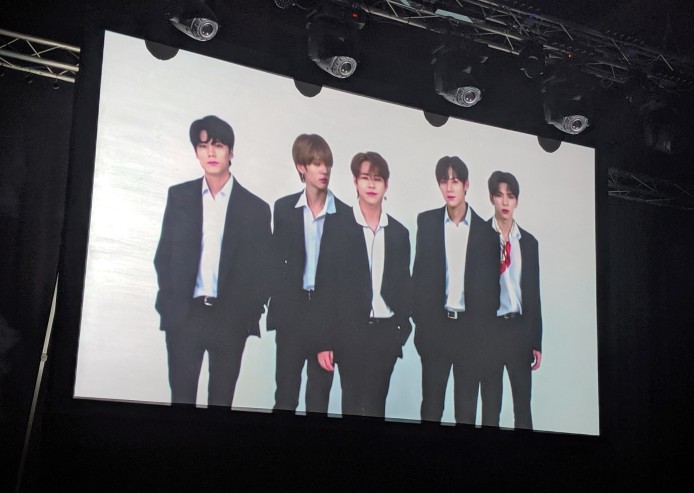 The crowd were excited and happy as they waited in the cool air conditioning for the show to start, but that was nothing compared to the screams as Imfact came on stage. The noise level rose to an almost deafening level as Imfact sang some of their most popular songs. 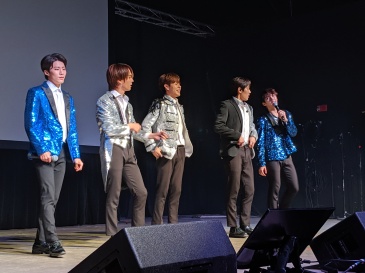 I was surprised at how many songs they played in a row with no break. They just kept singing and dancing, keeping the audience happy and excited. When they did take brief breaks it was to say how happy they were to be in Dallas…….and that Dallas was very hot.

I started the evening with no set bias but it soon became obvious that I narrowed it down to two very quickly.

Jian had caught my attention early in the evening while he was doing the fan sign etc. He had a slight pout and furrowed brow at times and my line buddy and I had fun imagining what he was thinking. It wasn’t quite resting bitch face, but something close. Then as the show began he quickly dominated the stage with his rapping and dancing skills. It was hard to take my eyes off him to see what the others were doing.

However Taeho managed to do just that. Although somewhat diminutive, he had a very strong stage presence and my eyes kept veering towards him. He had a lovely voice and a cute smiling face, which created wonderful ‘eye smiles’ for us all to enjoy. I also think that maybe he was looking at me from time to time, and later in the show he handed me a red rose so he definitely got my focus for much of the evening. 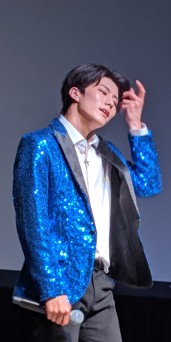 That’s not to say the others didn’t give strong performances, they did, but fans all know once you somehow decide on biases they’re the ones that grab most of your attention. After the first long set of group songs they showcased each of the members strengths in individual and sub group stages. This was when Jian and Taeho cinched their places as being my favorites. 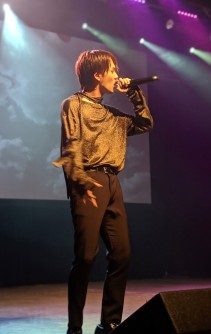 Ungjae, Sang, and Jeup all performed well and showcased their talents, especially their vocal abilities, but once again it was Taeho and Jian who stood out for me. Taeho’s version of UpTown Funk really got the crowd involved. His dancing skills were amazing and I could have watched more. He really had the crowd mesmerized. 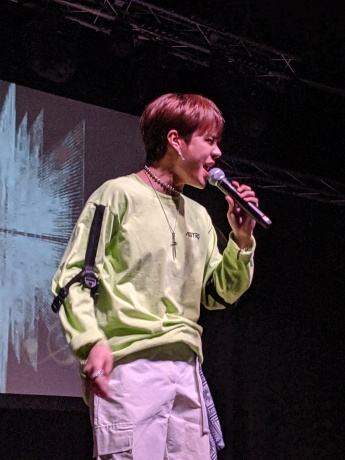 Jian’s solo was lively and very watchable, but watching him closely he wasn’t singing all the lyrics live. Understandable when you saw the amount of energy he used while bopping and dancing around the stage, but still a little disappointing.

However he more than made up for it a short while later. I love it when groups get the audience involved and Imfact did just that by doing a set of Queen songs. Jian was fantastic as Freddie Mercury and later during the snapshot event I told him that, and he said ‘I am Freddie Mercury’, which was cute. He was joined by Taeho and Jeup and they collectively got the whole venue singing and shouting along. We Are The Champions never gets old when sung by an enthusiastic crowd.

The other cover that they did showed their humorous side as they sang Gangnam Style with a surprise ‘Psy’ played by one of their managers. I do like it when groups don’t take themselves too seriously and can have fun with the audience. Everyone was singing and dancing along. 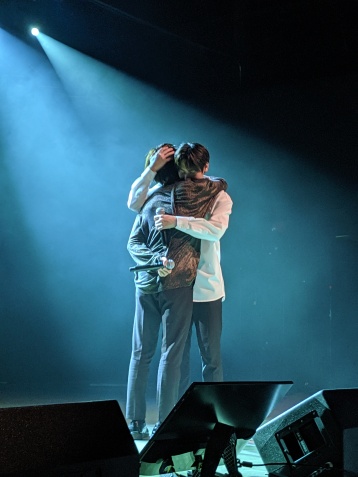 During the evening they performed all their main songs such as Tension Up, Feel So Good, as well as Nanana which I highly recommend you listen to if you are unfamiliar with Imfact. It was ranked at no. 13 on Dazed Magazine’s list of Kpop songs of 2018. Also their fist song Lollipop and most recent Only You are well worth listening to as well. 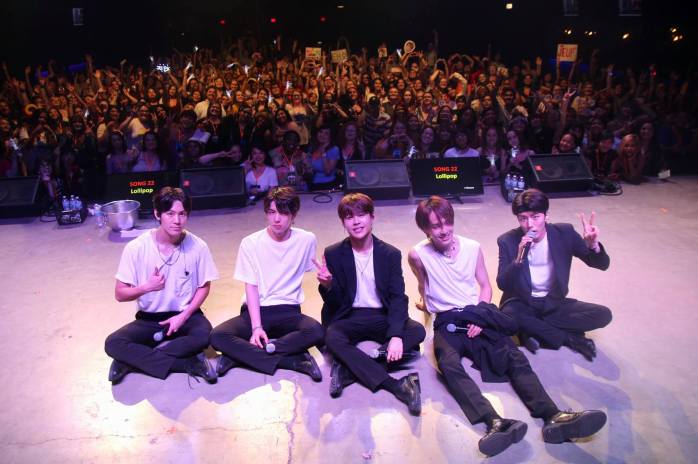 The evening wound down with sad farewells and audience interactions, and it was obvious none of us wanted the evening to end. And in a way it didn’t as after the concert and a clearing of the floor of chairs Jeup, Taeho, Jian, Sang, and Ungjae came out to take snapshot polaroid photos with their fans. I bought 5 tickets one for each member, but the lines were so long and it was getting so late I ended up taking 2 with Taeho and Jian and 1 with Jeup. The quality of the polaroids was dreadful, but having those brief moments and memories with the guys was worth it for many fans.

I got back to my hotel at midnight and headed back home early this morning. Over 600 miles driving (almost 1,000 kilometers) round trip, gas and hotel bill plus tickets. Was it worth it.

Please do not copy or use without permission and accreditation. All photo credits to original owners. Photos 2, 4 and last one to Studio PAV, the rest to me.