Posted on January 19, 2019 by kpopjacketlady 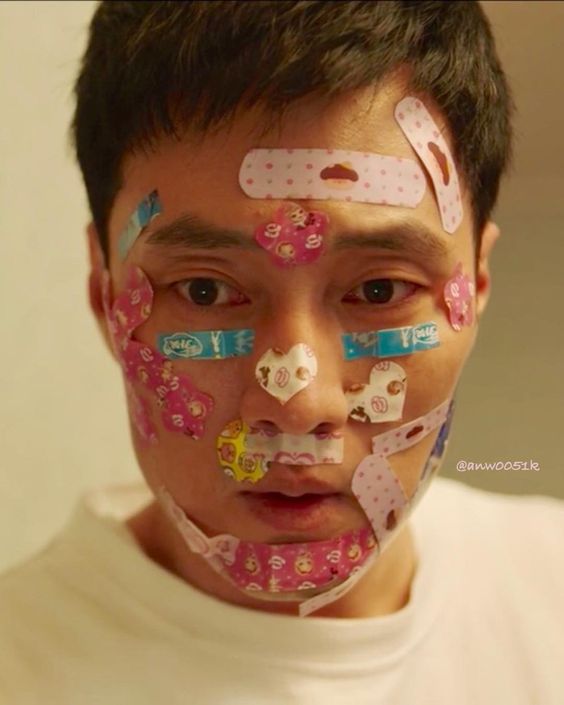 In the first part I mentioned how 2018 saw the rise of the crime, lawyer, courtroom type drama. Perhaps my favorite from this genre was Prison Playbook, which kinda obviously takes place inside a prison. Filled with flashbacks and with some scenes taking place on the outside the action doesn’t all take place within the confines of  the prison.

Although there is very definitely a lead character and second lead, in many ways this was an ensemble piece. And it was that cast of many players that pulled this show together into one of the best stories of last 2018. 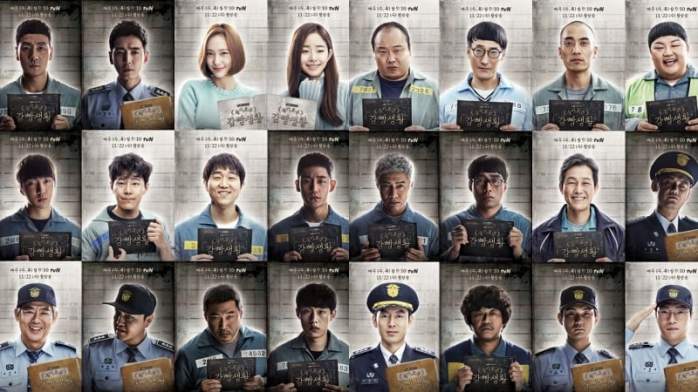 It was however, one of those shows that you have to be patient with at the beginning. ( I had seen good reviews and when I first started watching I wondered what the reviewers had been taking! ) Without giving too much away, the main lead is a successful baseball player right on the cusp of superstardom.  He is found guilty of a crime.  He is first sent to a detention center and then later a penitentiary.

This drama follows his incarceration and how he adapts to life behind bars. Fortunately an old friend is a prison guard and he tries to help him as much as he can. Bromance is a wonderful thing. There’s also a bit of a romance, but obviously being a prison drama that takes a back seat to the stories going on behind the bars of Seobu Penitentiary. 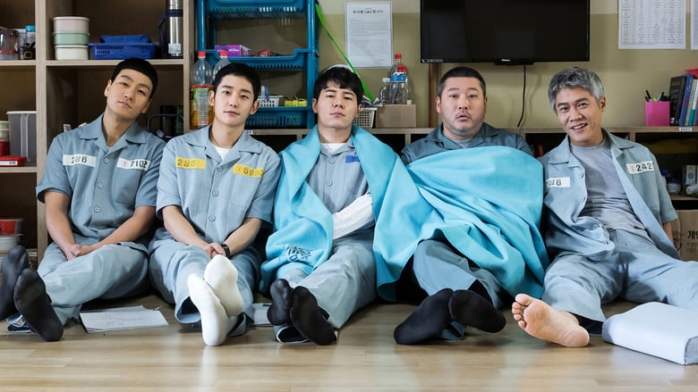 Each cell houses up to 6 inmates and in this drama each person has a completely different character. As the drama progresses we learn some of their backstories though flashbacks, and also perhaps begin to understand what led them to end up there. The question of is it sometimes the wrong person who is behind bars is also addressed and then can anything even be done about it?

Living and working so close to the prisoners the backstories of some of the guards are also explored as the two have in many ways an intimate knowledge of the other. A good guard, or a bad one, can make all the difference in a prisoner’s life.

The main leads did a good job and their acting was spot on, but it was many of the supporting cast that I grew to love. The interactions between Yoo Hang Yang and almost anyone were cute, funny, and sad. He had a knack of aggravating everyone and his ‘feuds’ with KAIST and Captain Yoo always made me smile.  I also looked forward to learning more about and watching Jailbird, Jean Valjean, Doctor Go and other cellmates and guards. There was humor, and life lessons learned, as well as unlikely friendships and  loyalty. Not all was good in prison and there were plenty of evil people and unpleasant things too. But not wanting to spoil your enjoyment if you watch I’ll just say that some characters do get a happy ending.

If you haven’t watched it already I do suggest you give Prison Playbook a chance.

I’m not a big enough fan of the crime/law/courtroom genre to have watched them all, but I did like The Ghost Detective enough to watch it until the end. To a certain extent the premise was similar to some other dramas, but there was enough of a difference, along with a few surprises along the way, to keep me interested. It was a little spooky and creepy at times as well as having some quite emotional scenes.

There were two ‘season 2’ dramas that I started watching in the hope that they would be as good as their first seasons. And they weren’t. Unfortunately I didn’t like either and stopped watching after a few episodes, actually even less than that for Mystery Queen 2. The first season had a quirky charm, in the second the female lead became kinda cocky and irritating.  I stuck with Bad Guys City of Evil for a while, but it never grabbed me like the original Bad Guys which I really enjoyed. In the first Bad Guys I wanted to know the ‘bad’ guys back stories and I had some sympathy for their plight. In season 2 I didn’t care about any of them.

My Secret Terrius, aka Terrius Behind Me, was a different kettle of fish. To start with it starred So Ji Sub, one of my favorite actors, as a member of Korea’s secret service. Actress Jung In Sun played the female lead.  With So Ji Sub being born in 1977 and Jung In Sun in 1991 there is a large difference in their real life ages, however I don’t think the age difference was meant to be that large between the characters as Jung’s character had 2 children.

Although on the surface a spy story it was also a drama about friendships, healing, and romance. Housewife and mother Go Ae Rin (Jung In Sun) becomes a widow as her husband is murdered for seeing something he shouldn’t have. Kim Bon (So ji Sub), once a top spy, has become a fugitive as he tries to clear his name after a botched mission. The woman he loved dies. Out for justice and revenge he is tracking a killer who turns out to be the same one who killed Go Ae Rin’s husband. 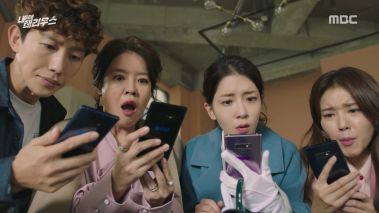 Two worlds collide. The ordinary everyday day life of a struggling mom and that of a renegade spy. The spy story was decent and interesting, but it was the intertwining of the normal life of ordinary people into the world of spies that added humor, loyalty, friendships, and romance. And that set it apart from the usual ‘spy’ drama. I loved the KIS, Kingcastle Information System, which was a little like a cross between a HOA and a Moms network. The KIS was mostly made up of stay at home moms and one stay at home dad played by Kang Ki Young. (He won best supporting actor at the 2018 MBC Drama Awards.) When one of their own was in trouble they pulled out all the stops to help them out.

Go Ae Rin relies on the KIS to help her after her husband’s death. Following up on the premise that the killer he is after is the same one that killed her husband, Kim Bon moves into the Kingcastle apartment complex so he can monitor her. He ends up becoming the babysitter for her children.

The story evolves from there. If you are looking for a slightly different drama that still has all the action, romance, humor, and suspense you might need then I recommend My Secret Terrius. It won multiple awards at the 2018 MBC Drama Awards, including Best Actor for So Ji Sub.

Well once again I’ve not managed to cover all my favorite Kdramas from 2018, but I promise Part 3 will be the last.

You may also enjoy The Best Kdramas of 2017,  Korean Actors Who Were Athletes First, and Eyes On The Eyes: Korean Models Turned Actors.