Posted on January 17, 2017 by kpopjacketlady

Back in July 2016 I wrote a post on the best rookie groups that had debuted in the first half of the year, but as we all know things can change extremely fast in the world of Kpop, so how did the groups I wrote about fare in the rest of the year? And who appeared in the second half of the year that would make my end of 2016 list? From my earlier post, both Astro and KNK continued to do well in the second half of the year, but Astro clearly did better, with 3 album releases, two of which reached #6 on the Billboard World Album Chart, while KNK reached #14 once on the same chart. Both groups appeared on K. variety shows such as Weekly Idol, After School Club, Hello Counselor, etc but again Astro appeared on more. The same can be said for end of year awards, both received a number of nominations, but Astro received far more.

NCT project group had a decent showing with a variety of songs and lineups aimed at different markets. They ended up on multiple Billboard charts, but I still don’t like the feeling that the entertainment company is manipulating the fans. I did like some of the songs and performances, but doubt if I will ever be a true fan.

I don’t really follow girl groups, but I did mention Cosmic Girls as a rookie group that potentially could do well and they indeed have done so. They have received several newcomer awards and decent MV views for a rookie group. Their song Secret is at about 2.5 million views, but that pales in comparison to the appearance of the mega rookie group from YG Entertainment, Black Pink. Black Pink hit the Kpop world in August with Boombaya, (93 million views) and Whistle (73 million). They cemented their domination over all other rookie groups for 2016 with their second EP, with the songs Playing With Fire, (62 million) and Stay, (30 million). No doubt numerous end of year/ best of year awards will be forthcoming.

If it wasn’t for Black Pink, the packaged and produced concept group i.o.i might have been the top rookie female rookie group as they did well with views of over 21 million on each of their MVs. But I’m still not sure of whether some of these views were a result of the gimmick, or the true talent and abilities of the group. A deadline and knowing that they had a finite life may have done much to increase their popularity. I hope all the members go on to find success within new groups. 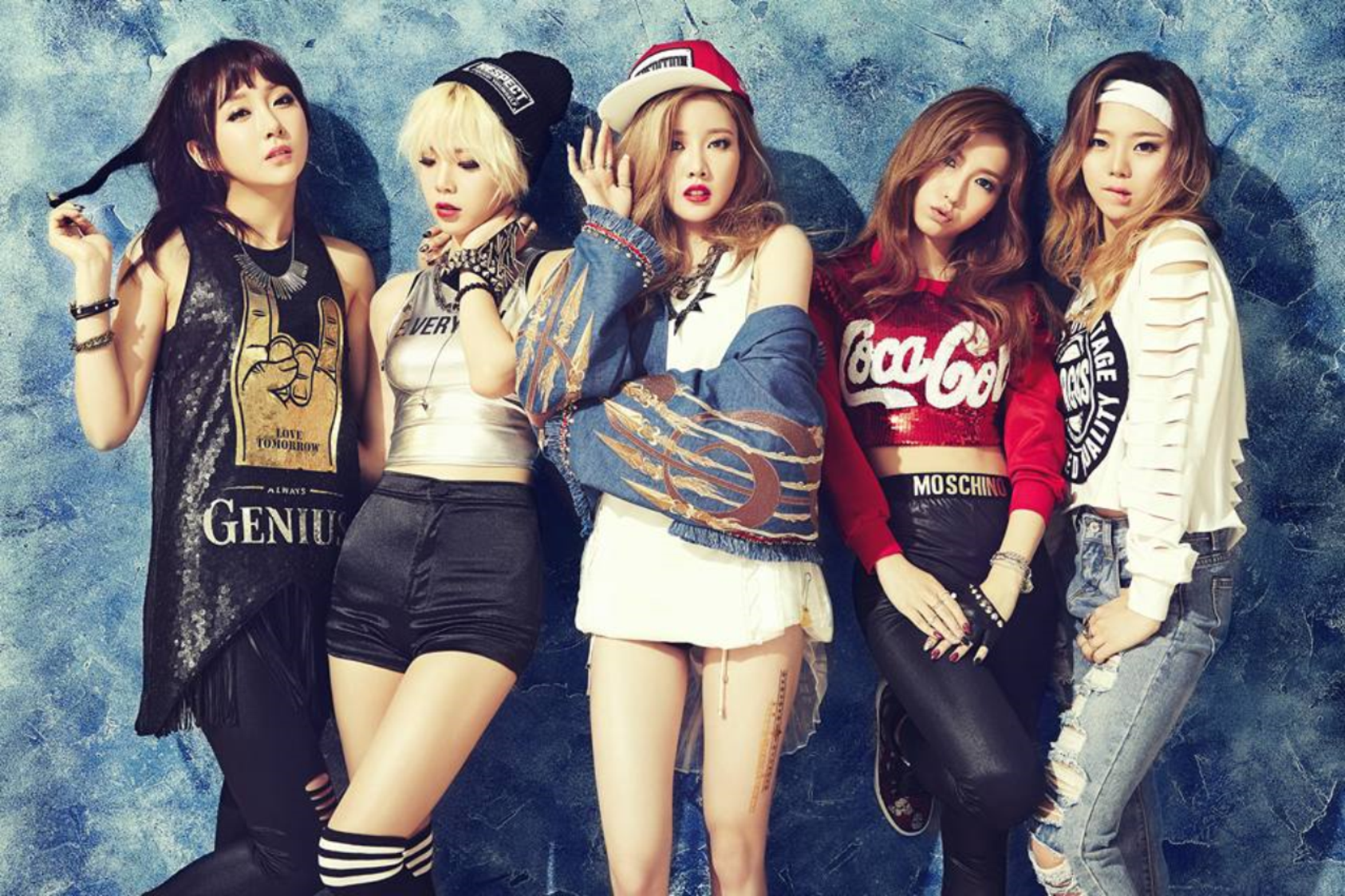 Bolbbalgan, with about 19 million views for Galaxy, is perhaps slightly more indie than Kpop but I think they are a duo to watch out for, and maybe Bulldok too, although I’m not too sure about them yet.

One of the nice things about 2016 was the debut of the mixed group K.A.R.D. with two boys and 2 girls. Historically mixed gender groups haven’t done very well, but it looks like K.A.R.D. might be out to change that. Their first song Oh! Nana has done reasonably well and I feel that the times might be right to add a bit more variety to the Kpop world.

Finally late in the year Pentagon, from Cube Entertainment, debuted with Gorilla and were one of the most viewed Kpop MV’s in the USA during their debut month of October. They went on to release Can You Feel It in December. With decent support and backing of their entertainment company they might manage to break out from the pack in 2017, but as I’ve said so many times talent isn’t always enough.

The top rookie groups for 2016 for me would have to be Black Pink, and Astro, but I feel there wasn’t as much stand out talent as perhaps there was in 2015, think Seventeen, Twice, iKon, MonstaX etc. Please support the rookie groups and I wonder how great a year 2017 will be.

You may also like Best Kpop Rookie Groups For The First Half of 2016,  Kpop Musings, The Kings Of Kpop,  and Return Of The 1990’s Kpop Groups.

← What’s Your Sign? Your Horoscope in Korea part 2.
Yongyeon Pond: In Photos. →