I part one I discussed the choreographers behind BTS’s Fire, (Keone Madrid) SHINee’s Lucifer, (Rino Nakasone & Shim Jae Won) and Big Bang’s Bang, Bang, Bang, (Parris Goebel) pointing out the importance of choreography to the visual impact of the group in MV’s, performances, and concerts. The point of these posts is to highlight the people behind the dances, while still acknowledging that even the best choreographer has to work within the capabilities of the dancers, and not to determine the ‘best’ as that is such a subjective qualification that often leaves people disappointed and upset.

Kpop is oozing with talent on multiple levels, however, to rise to the top and have a hit song many things must come together and the talents of the group members are just one part of a larger whole. Musical, dance and vocal ability, as well as appearance are all important, but so are the composers, the writers, the producers, the stylists, the publicists, and of course having the financial backing of an entertainment company. I have noticed that many people who contribute to the overall success are given credit on sites such as Youtube, or even agency websites, but very rarely do you see the choreographers prominently credited. I would like to see this change and hope, in a small way, to make people think about the people who came up with the dances we love. I know that even with no music many dances are so iconic that you immediately know which song they are from, which says alot about the importance of the dance to the song.

Good choreographers produce dances that enhance the visual experience and that also highlight emotions, all while keeping everyone moving in tune with the beat and the music. They create new moves and ‘tricks’, work out placement, and most importantly do this while taking into account the skill level of all the group members.

When BAP debuted in 2012 with Warrior they immediately grabbed my attention. They were completely different from the rest of the groups I was familiar with and their choreography was different too. Created by veteran choreographer Park Sang Hyun (sometimes Hyeon) the dance was powerful and intense, with elements of hip-hop, krump, and step. The fierce, aggressive dance style tied in perfectly with the fast, strong beat of the music. Even today I think it holds up well against newer groups and would like to see BAP return to the ‘dark side’ instead of producing upbeat summer type songs like That’s My Jam. I saw BAP in concert back in 2014 and still think it was one of the better concerts I’ve ever attended. Park Sang Hyun is a choreographer with TS Entertainment, and has choreographed songs for Secret, as well as for Hyosung. 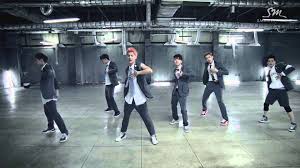 Growl, choreographed for EXO by Nick Bass deserves recognition on multiple levels, but just speaking for the dance part Nick had many challenges to overcome. First he had a large group of people to choreograph for, and they had to tell a story which had to continue on from the story in Wolf. He also had to make up for that rather odd and lackluster song by creating something with visual appeal that held everyone’s interest. He had a large space to fill with a dance that was going to be shot in one take, something almost unheard of in Kpop. The dance had to utilize all the members and would also have to be capable of being adapted for the stage. A SM Entertainment Performance Director was on hand to assist and apparently there was input from SM idols as well. EXO did a marvelous job, not just with the choreography, but with dealing with dancing in the round and having to always know the position of the camera. Nick Bass is a well known American dancer and choreographer and has worked with such stars as Usher, Janet Jackson, and Justin Timberlake. His style has a fluid grace and yet there is a power and intensity there too. I look forward to seeing his future work.

Last week I was catching up on some Weekly Idol episodes and caught episode 261 which towards the end has the guest idol groups perform one of their songs at double speed, which is quite funny to watch. When BTOB danced to WoW it was both amusing and chaotic, and it reminded me of how much I used to enjoy the choreography of some of BTOB’s songs. I tried to find out who the choreographer was for WoW, but with no success which just proves my earlier statement that often choreographers don’t get the credit they deserve. 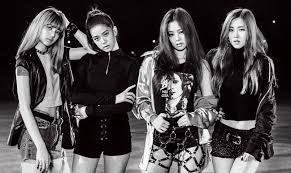 I’ve had a similar experience in trying to find the choreographer behind BLACKPINK’s songs Whistle and Boombayah. The MV for Whistle has very little in the way of choreography, although there is more if you watch their stage performances or dance practice videos. Boombayah is a different story as I found the choreography a nice change from a lot of the Kpop girl groups overt sexuality or cutesy, cloying sweetness. At least BLACKPINK seemed to be enjoying dancing and showing off a bit of sass and attitude. Their dance practice video also shows off the choreography fairly well. But who choreographed the dances? Scuttlebut suggests that YG asked 4 famous foreign choreographers to submit ideas, and then he chose the moves he liked best from each and put them all together. Two of the choreographers that I’ve heard mentioned are Jonte and Kyle Hanagami, but I don’t know who the others might be. (Parris Goebel did the choreo for the pre debut dance, but says she didn’t work on Whistle or Boombayah.) So it sounds as if the songs were choreographed long distance in a loose sort of collaboration of choreographers who didn’t work on it together and then YG put the bits he wanted together. Sounds strange, although YG has actually been credited with being the choreographer for 2NE1’s Come Back Home, so maybe he knows more than it would at first seem. I did enjoy the choreography for Boombayah, but like many people, felt the shadow of 2NE1, and the overall YG-ness of the BLACKPINK ‘packaging’.

As you’ve probably noticed I like an eclectic and broad group of Kpop music and dance, and I do have favorites. However sometimes I like, or dislike, a particular song just on a feeling, which in a way is good for the Kpop industry, because if we all had the same musical taste think how boring the genre would become. We each have our own ideas on what we think is good or bad and I respect that, so if there is a particular choreographer’s work you would like me to cover in a future post, or if you disagree with my choices please feel free to share in the comments section below.     If you know more about any of the choreographers I would love to hear from you.

← Like Dance? Watch Kpop.
A few highlights from my recent Korea trip. →