Posted on February 3, 2020 by kpopjacketlady

February 2nd was a big day in the US. It was Superbowl Sunday, Groundhog Day and the day Stray Kids performed for their first time in Dallas, Texas. Admittedly I saw them when they visited Houston last year on their 2019 World Tour, but this time it was a bigger venue and perhaps a more vocal audience. On the down side Woojin was missing this tour as he has left Stray Kids and JYP for personal reasons.

The remaining members filled his spot seamlessly and were on point for the whole performance. I had a decent seat, but unfortunately was a bit too far from the stage for my phone camera to get good shots, but it didn’t do too badly when capturing photos from the big screens. So today’s post is going to be photo heavy. 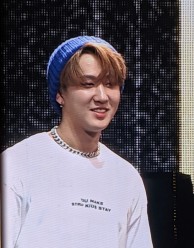 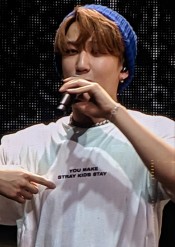 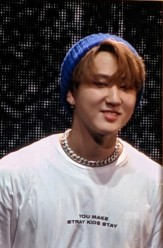 Stray Kids are a relatively new group having officially debuted in 2018 under JYP Entertainment. They did, however, release a pre-debut EP after having appeared in a 2017 Reality show. The members are Bang Chan, Lee Know, Changbin, Hyunjin, Han, I.N, Seungmin and Felix. 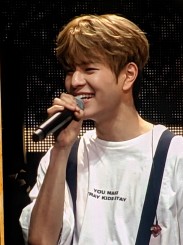 The show was amazing and they were all great, but that really was to be expected. It was therefore hard to pinpoint anyone who stood out, but I would say perhaps it was Seungmin with his vocal prowess who caught my attention the most. It was obvious, however, from the crowd’s screams that each member had their fair share of fans.

The English speaking Aussie pair of Bang Chan and Felix were in the spotlight quite a bit and Bang Chan in particular, as leader, spoke frequently with the audience. He expressed the group’s love of their fans, called Stays, and how their support is vital to the group’s wellbeing. He also hoped that they could be a similar support to their fans around the world. 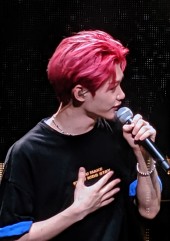 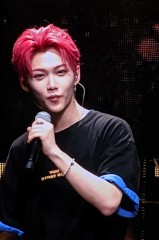 Felix of course stood out with his vibrant red hair, although with the venue’s excessive use of red lighting, and the set designer’s love of red backdrops he did actually kinda blend in for a couple of songs. (The overuse of spotlights, flashing lights and overly busy set backdrops does a disservice to both the performers and the audience. If I wanted to see a light show I’d go watch Pink Floyd’s Laser show, for this show I came to see Stray Kids and particularly to see them dance. Lighting needs to enhance their performance not over power it.) 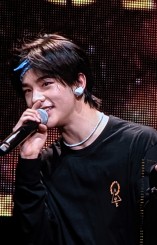 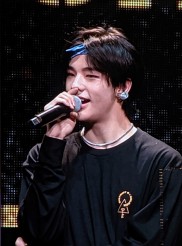 My favorite songs were probably My Pace and Get Cool, although my favorite list changed from time to time throughout the evening. There were just so many good songs and performances. Seeing each performed live changed my mind a few times! 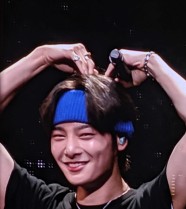 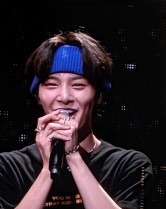 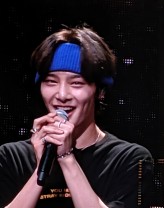 Get Cool in particular spoke to me with the basic message of feeling the joy in the little things. But it did it in a lighthearted way, which in and of itself was a joy. 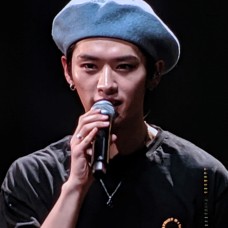 Although one would have to know the lyrics in Korean, it always amazes me at how many fans can sing along to the songs, and also understand the messages within the songs. Kpop often speaks to the issues facing youth all around the world in this ever changing time full of difficult futures for the young. 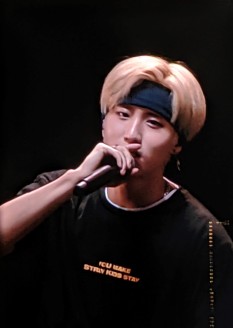 The venue was packed, the energy was amazing, and the show was vibrant and energetic. The boys sang and danced their hearts out with only a couple of breaks. The second of which was kinda cute, in that it set a series of game challenges for the audience to accomplish before the boys would come back on stage for their encore. 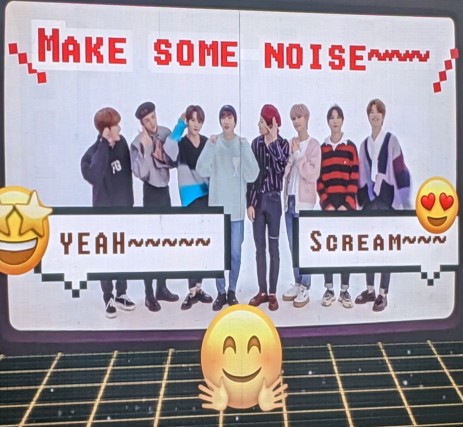 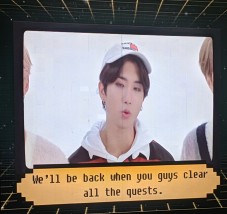 The fans had to follow along with actions such as ‘dabbing’ or ‘clapping’ to game cues. Most of the audience played along and in their final remarks a few members mentioned that they had been watching from backstage. They said we were ‘cute’.

Towards the end of the evening each of the members spoke a few words and many commented on how beautiful Dallas was and how happy they were to be on tour seeing their ‘Stays’ around the world.

Of course there was the obligatory farewell photo. And a couple of encore songs later and it was time for them to really leave the stage. It was a great evening out and I had a fantastic time. If you ever get the chance to see them, go. You won’t regret it.

Please do not copy or use without accreditation and permission. All photo credits to Debora Marzec.

As a side note the evening was made much easier by there being a shuttle bus to the venue from the nearby La Quinta Hotel.