Koreans have a heritage of creating art that dates back thousands of years, so it is not surprising that they are still doing so. Art museums and galleries showcase some outstanding collections, but art also needs to be accessible in the daily routine of life and street and public art fills that need. 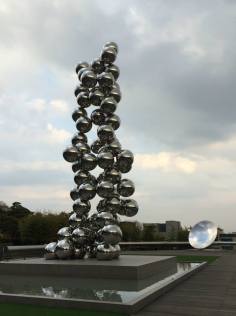 Like most major world cities Seoul has a thriving tradition of public art along with street art, which may or may not be city sanctioned. And of course the line between art and graffiti is a very fluid one. Longtime fans of easily accessible outdoor art of all kinds we made no attempt to seek it out, we just allowed ourselves the pleasure of discovering it along the way.

On our first visit we obviously headed for some of the must see sights and public monuments such as this statue of King Sejong the Great, one of the most important monarchs in Korean history, which is public art on a grand scale. However, being fans of somewhat more unique and quirky art we kept our eyes open to see what we could spot. 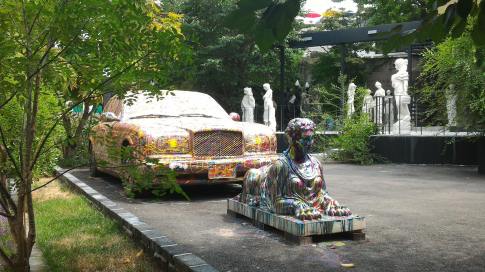 And sure enough we found some a little while later. 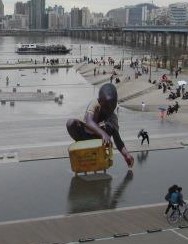 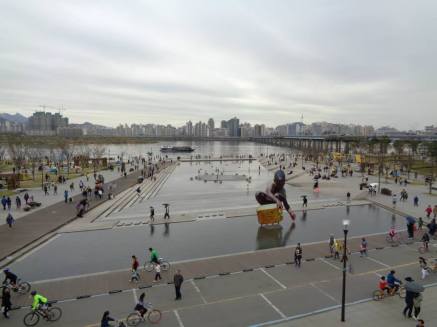 Public parks and large open areas are often perfect places to find all sorts of art. 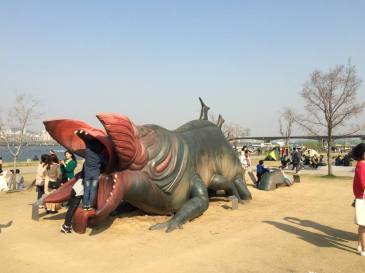 This ‘monster’ from the movie The Host would randomly make noises and freak out the little kids while the parents stood around laughing. In that sense it also became performance and interactive art. (We didn’t even know this existed or we would have made a point to see it, fortunately we just came across it while walking in one of the Han River parks.)

Seoul Forest had a sculpture garden, and then some fantastic random art pieces such as this giant wire man that you could actually climb inside.

Most parks had art, some on quite a large scale to complement the space. 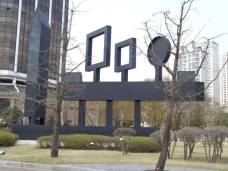 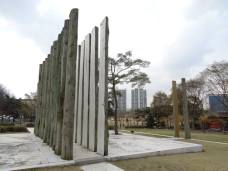 It turned that almost everywhere we went there was street art as well as the large public installations. 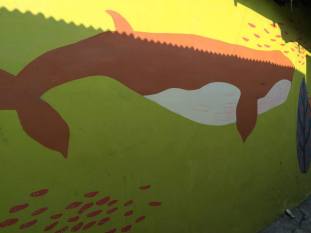 Sometimes it cropped up in heavily trafficked tourist areas or formed the backdrop for public performances. 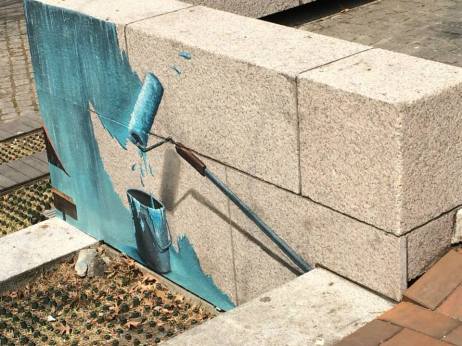 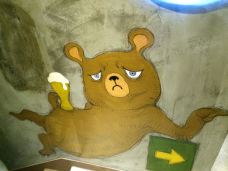 Some art pieces showed their colors better after dark. 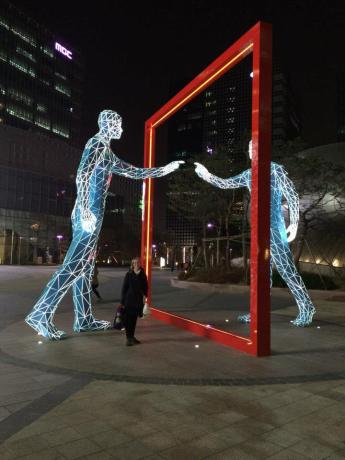 And of course there was Kpop art.

We saw art every day and unfortunately sometimes neglected to take photographs, but Seoul is so filled with art, not to mention the amazing architecture of buildings both ancient and modern that are artworks in their own right, we became a little blase. I’ll do a future post on Busan, and one on Jeju Island, both places also chock full of street and public art.

You may also enjoy Foodies Delight: The Street Food Of Korea,   Seoul Forest Park: In Photos,   and  The National Treasures Of Korea.

Please do not copy or use without permission and accreditation. Photo credits to Elle and Debora Marzec.

One Comment on “Korean Public And Street Art: In Photos.”