S.Korea’s Military Service Commitment, And The Actors And Idols It Impacts.

Posted on February 14, 2017 by kpopjacketlady

(Please note that this is an older post and that updates and edits with the newer information and regulations can be found at the bottom of the page, or a complete updated article can be found here.)

The recent mandatory military enlistment of Kpop stars T.O.P and Junsu (aka Xia) has once again brought sadness to the fans of the genre. All Korean males between the ages of 18 and 35 must serve about two years in the Korean military, or longer in some alternate forms of approved public service. This can play havoc with the lives and careers of not only Kpop stars and actors etc, but of all Korean men. Deciding when to go, for those who can choose, can be a career breaking choice. Deferments are available under certain circumstances, but in the end you still have to go so is it better to go when younger, or to wait until you have a career you can return to. Each Korean man has to make this difficult decision. Choosing unwisely can put you 2 years behind your peers.

However, there are exemptions, some of which get brought up in Kdramas. You can’t serve if you are physically or mentally disabled, if you have a criminal record, if you are an orphan, or if you are HIV positive or extremely overweight, and you must have at least an elementary school education. There is also a category of “people who would create disharmony” which covers things like having a large number of tattoos, being gay, or obviously of mixed race. There’s also an exemption for star athletes, such as those winning Olympic medals, or gold medals at the Asian Games. (One reason so many of the Korean medal winners at the recent Olympics were so happy.) Also winners of certain classical music, and dance, competitions, can be exempt.

In certain fields you can also opt for spending a longer time, but at a research institute or similar institution, rather than the military. So some young men get an original deferment for their education and then once they get a Masters Degree in something like engineering they choose to go into research for 3 years instead of the military for approximately 2. This option can also apply to Doctors and some skilled technicians. There are also a certain number of ‘positions’ within Defense Industry companies, but these usually go the sons of the rich or politically connected. The same goes for the limited number of KATSU openings (working with the US military in Korea) for those with good English language skills. There are other exemptions and lessening of time needed to fulfill military service such as being the son of a Vietnam Veteran and/or a person of National Merit. (Kim Young Kwang only served 6 months because of his dad’s service record.)

Not surprisingly many of these exemptions have come under a great deal of scrutiny, particularly as most are not obtainable for the average man. (Or even Kpop star or actor.) Add that to the fact that with the low birth rate in Korea, the Korean Military will have a shortfall in their military of between 20 and 30 thousand men by 2023 and there has been a push for the removal  of many if not all of the exemptions. The Government is pushing for them to be phased out over 3 years starting in 2020.

It used to be that certain actors, idols, and comedians served their time in a ‘celebrity soldier unit’ where their assigned goal was public relations, however it was shut done in 2013, after 16 years, due to the backlash from citizens after the RAIN, Seven, Sangchu scandal. They were not the only culprits, as 8 of the then 16 celebrity soldiers faced punishment for violating military rules. There had also been earlier incidents involving celebrities such as PSY, but the 2013 incidents were the last straw. The unit was scrapped, leaving idols and actors with fewer choices. Now some look to being in the Police, or choose ‘alternative civilian service’ as a preferable route to fulfilling their duty. Quite a lot of musical Kpop idols join various military bands after their 5 weeks basic training.

Others, noting the backlash and wishing to do their constitutional duty while proving their commitment, choose a harder route. Lee Seung Gi is a member of the Special Forces, (he’s somewhat of an over achiever, he has 2 Masters Degrees) while Yoon Shi Yoon joined the Marines. 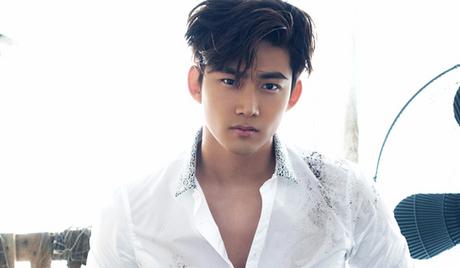 As a point of pride many idols are pushing themselves to join more difficult aspects of the military, while some dual citizens are even giving up their 2nd citizenship in order to serve. Taecyeon of 2PM gave up his US residency and has also received corrective surgeries in order to enable him to serve as an active duty soldier. He is due to enlist sometime this year.

Each branch of the Military has a different length of service, with the shortest being 21 months for the Army, Marine Corps, and Auxiliary Police. For the Navy it is 23 months and the Air Force is the full 2 years. For non active duty the time can vary between 2 and 3 years. Even after finishing your commitment you still have to attend yearly annual training for the next 6 years or so.

The amount of time served plus the hardships involved make serving a rite of passage for most Korean men, and while their are casualties due to suicides, and mental breakdowns due to some recruits being ill prepared, or being harshly bullied, most Korean men seem to have some kind of fondness for the experience. It bonds them together as brothers and they all have something in common with all other Korean men. Those who go the ‘easier’ paths or who try to escape their duty are looked down upon and evaders are severely ostracized. Prison time is usually up to 3 years for those caught trying to get out of serving. There is no exemption on religious or moral grounds and conscientious objectors usually get 18 months of jail time. Remember though having a criminal record in Korea cuts you off from a large part of society and future job prospects.

Idols, actors, and celebrities probably have a tough time in whatever area of service they perform their civic duty, due to culture shock as well as being away from their occupations. Composers and song writers must find it particularly hard and I wonder how many songs never got made. Still they fulfill their duties and I wish them all the best while serving, and tremendous success when they get out.

Edit 6th April 2017. see article on the Military Manpower Administration taking over military enlistments for celebrities. How this will change things is yet to be seen. More information on possible reasons for deferments and the new rules. New rules say celebrities cannot choose to defer but must go immediately they are informed it is their turn. This would impact actors with drama commitments as well as male Kpop groups planning new releases, concerts etc. Remains to be seen how this will be implemented.

Edit July 24 2017 We’ve all heard the issues over TOP’s drug scandal and some people are blaming him for this;

“Conscripted policeman will no longer be an option for celebrities’ when enlisting in the military.

Edit.  August 2018. I’ve seen that some celebrities are still applying to become Policemen so not sure when the above rule will take effect.

However this has been under discussion for a while and is finally being implemented over the next few years.

Edit Nov 1. 2018 This is a huge change being considered for conscientious objectors.

Edit Dec. 27 2018 This is wonderful news for all those serving their mandatory military service.

2 Comments on “S.Korea’s Military Service Commitment, And The Actors And Idols It Impacts.”