Korea Without The Chili Pepper!

Posted on November 12, 2016 by kpopjacketlady 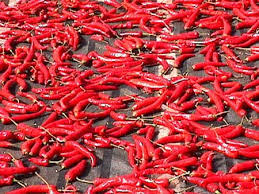 It is surprising to realize how many people believe that the chili pepper is native to lands where it was in fact unknown of until about 500 years ago. Korean, Indian, Thai, Hungarian and all other Old World cuisines which are famous nowadays for their spicy food and use of the chili only developed their ‘signature’ dishes relatively recently compared to the span of human history. 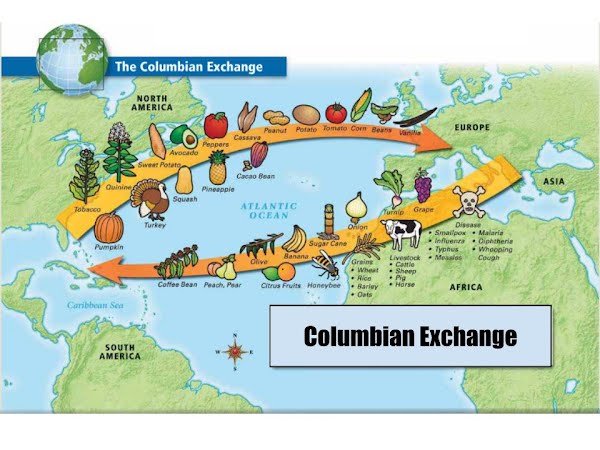 The chili pepper was part of something called the Colombian Exchange, (after 1492 AD) which was when early visitors to the New World, (North & South America) took their plants, foods, and diseases with them to the New World, and brought plants, foods, and disease from the New World back to the Old. (Europe, Asia, & Africa). The most famous products from the New World included, potatoes, tomatoes, peppers, corn, turkey, pumpkins, tobacco, and more, while the New World received coffee, sugar, olives, horses, pigs, smallpox, wheat and more. This ‘exchange’ is named after Christopher Columbus although the travel of goods took place over many years and involved sailors and ships of many nations.

For the story of the spread of the chili around the world one has the thank the Portuguese and Spanish Empires. These two nations competed to claim land both westward towards the New World and eastwards into the depths of Asia. India was one of the first countries to really accept the chili into their cuisine, and they are still the world’s top producer, consumer and exporter of chili peppers. Chili peppers were native to the area around the highlands of Brazil and were also unknown in N.America until they traveled north with the Spanish. By 1500 AD there are records of the Portuguese regularly exporting chilies from Brazil. The chili spread around the world like wildfire. By 1540 the Portuguese were trading in chilies in Indonesia. One odd fact is that Hungary, another country famous for its use of chilies, didn’t originally receive them from Europe, but when they spread backwards from India.

Chilies contain a chemical that is somewhat addictive. This chemical tricks the brain into thinking the ‘heat’ is dangerous and so releases endorphin which is a natural painkiller. This is partially why some people eat chili peppers, because they feel better afterwards. Chilies are eaten by more than a quarter of the world’s population every day, and may be the most used spice.

It is difficult to determine exactly when the chili reached Korea. Some historians claim they spread from China, while others suggest that they were introduced to Korea from Japan.   (Edit. A recent food historian says the first mention of chili peppers in a Korean book was in 1527, although this does not necessarily mean that chilis had reached Korea and were being consumed.) It is thought that in the 1540’s Portuguese Catholic Missionaries introduced the chili pepper to Japan and Korea probably became acquainted with them soon after through trade and later by the Japanese Invasions of Korea, (1592-8). Although Korea was familiar with them at this time under the name of Japanese Mustard they could not get a hold of any seeds with which to grow the plants themselves, as Japan was tightly holding on to their monopoly. King Sonjo (reigned 1567- 1608) repeatedly asked the Japanese and was rejected. Somehow Korea did however get a hold of the seeds, and the pepper plants liked the soil and climate and Koreans everywhere began to grow them and incorporating them into their cuisine.

In 1614 Yi Sugwang, called chili peppers ‘a great poison’ so not everyone took to them immediately, but he goes on to say that they were often served in drinking-houses, so his comment may be a class bias statement. His comment is, however, useful as it shows that by 1614 chili peppers were widely available in Korea. So in just over 400 years chilies have become so tied up in the Korean way of life and it’s cuisine it is hard to comprehend that it wasn’t always so. 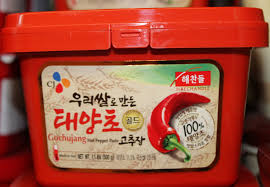 Personally I love spicy food, although mostly in the mid range of heat, so eating out in Korea is something of an adventure. I love the flavors, but can’t always take the heat. It was the same for me in Hungary and Mexico, but fortunately someone usually takes pity on me and gives me some yogurt, milk or bread to calm the heat, and I’m back out the next day savoring that addictive food I love so much.

You might also like Korean Salt, Korean Salt. Rice: Feeding Half the World Everyday, and Open Sesame.

8 Comments on “Korea Without The Chili Pepper!”