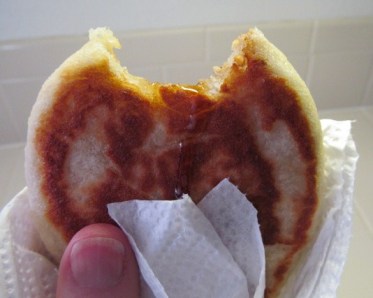 Walking the streets of Insadong last Spring we came across a grouping of street vendors selling a wide selection of different foods. The smells were intense and intriguing in the cold morning air, with the sweet smell of warm sugar and cinnamon subtly enticing us to the stall with the longest line. The line was made up of mostly Koreans, not tourists, which usually means the vendor has a good local reputation. While I joined the line, my daughter checked out the other stalls and bought a few things to nibble on while we waited. The line we were in was for a stall selling only one thing, Hotteok, a slightly sweet cross between a pancake and a doughnut that is filled with a gooey filling of brown sugar, cinnamon, nuts, and little bits of other things according to each stalls’ home recipe. It was served hot, sandwiched between a folded 3″x 5″ index card. You had to be careful biting into it as the insides were potentially molten, but watching others eat, we saw that you want to eat it as soon as it is possible to do so. That the goal is to eat it while the insides are still runny and hot and that it oozes out as you bite into it. It is probably my favorite street food. 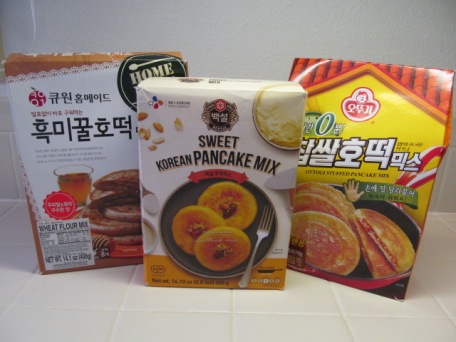 I’ve made Hotteok a few times since I’ve been home, both from scratch and prepackaged mixes, and while I’ve come close I still haven’t quite made any as good as the ones I had in Korea. There are quite a few recipes online and while I’ve tried some, I obviously haven’t tried them all. Instead I’ve been experimenting on my own to see if I can recreate something close to what I tried. If you look at the recipes you will see suggestions for which type of flour to use, whether to use milk or water, or even if you should use an egg in the batter. I admit mine isn’t quite right yet, but it makes a tasty batch of Hotteok and they all disappeared off the plate as soon as I had finished taking photos. The recipe below is for a relatively small batch, makes about 6, and takes a little advance planning as it is a yeast recipe and so needs to rest. 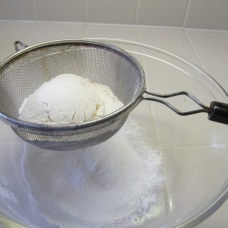 The ingredients are fairly basic, and I use a mix of white all purpose flour and rice flour, because white flour is cheaper and easier to have on hand, and rice flour because it helps add the stickiness you need in the dough to hold the ingredients in. If you look at other recipes you can find some use all one kind, some the other, and yet others a mix of both. Rice flour is getting much easier to find in your local supermarket, although often with not many choices.

Sieve white and rice flour totalling 1 1/4 cups into large bowl. This time I used 1/2 cup white flour and 3/4 cup of the rice flour. Add 1/2 tsp salt and 1 tsp white sugar. You need the salt and sugar to feed the yeast.  I used 1 tsp instant yeast, because you can just add instant yeast to the flour. Mix dry ingredients together. Add 1/2 cup lukewarm milk, this means when you stick a finger in it it should not feel hotter or colder than your finger, well not by much anyway. Too hot kills yeast, too cold slows it down. Think Goldilocks. 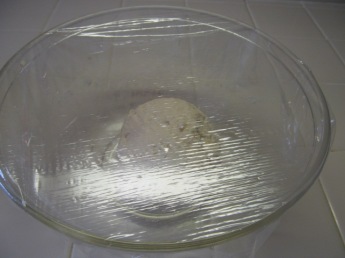 Knead it all together into a smooth dough. You may have to oil, or flour, your hands to prevent the dough sticking. Cover the bowl and put to one side and remember yeast likes a warm place free from cold draughts, so in summer not near the AC. 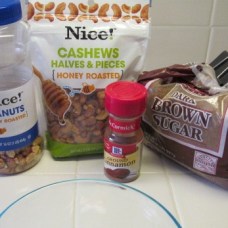 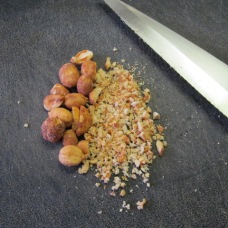 Now you can work on your filling. This is where you can add things that you like, although traditionally it is (1/4 cup) dark brown sugar, (1/2 tsp) cinnamon, and (2 tbsp) chopped nuts and/or seeds. I didn’t use seeds this time, but I usually add some roasted sesame seeds when my daughter is home. The nuts can be walnuts, pecans etc. but I often use peanuts, both because I have them on hand and because street vendors tend to use them because they’re cheap. Chop the nuts very finely and mix your filling ingredients together.

Leave the dough until it has risen to twice its size, probably at least 45 minutes, maybe an hour or so. Knock it back, which means knead it enough to just get some of the air out of it. Leave it alone for another 20 minutes or so. 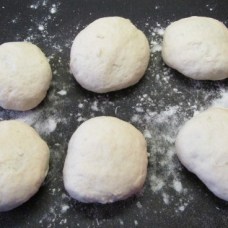 Dough often sticks to your hands and on the surface you are working on so people use oil or flour to help prevent that. I used oil on my hands and flour on my board. Divide dough into 6 equal pieces, form into balls, and then flatten into rounds. 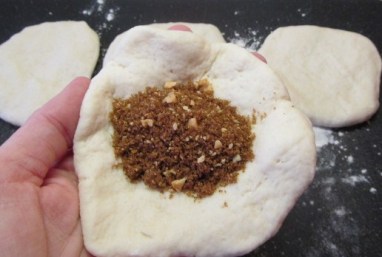 Add a generous tbsp, or as much as you can fit, to the center of the flattened ball of dough. Fold over from the edges to the middle and seal the dough together by pinching it. Make sure no filling is coming out anywhere. 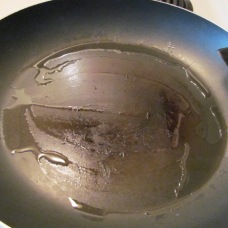 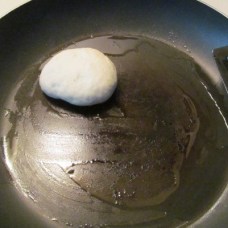 Heat oil in pan, med-high heat. Add a ball of dough, let cook for 30 sec – 1 minute and then flip over. Gently but firmly squish dough ball flat. Koreans use a special press but I just use the back of my flat, fried egg turner. 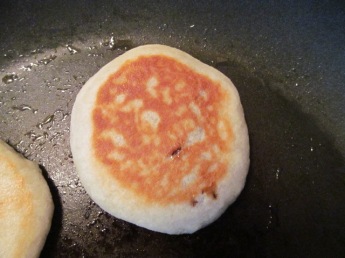 Let cook until slightly golden brown, turn back to first side and let cook. You can add 2 or three to the pan at one time, just remember they get bigger when you flatten them. 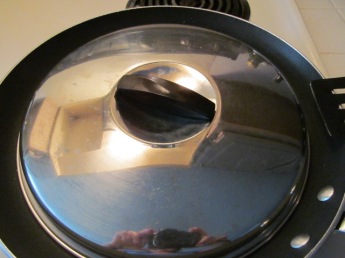 Since they are best served warm I have a second pan on a low heat where I place them once nicely golden on both sides. I use a lid to keep the heat in and to lightly steam them to finish off the cooking and melting of the filling. Once they are all done, the call goes out and the line forms. 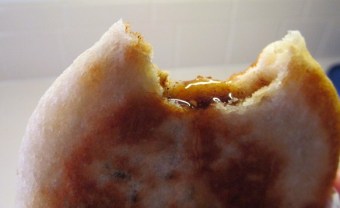 Caution, filling will be hot.

If you have any leftovers they can be heated for a few seconds in the microwave. You can also add different types of fillings and lately there has been a trend for cheese and savory fillings. I have yet to try these, but will do doubt do so. Let me know if you have a favorite filling or recipe in the comments below.