Posted on December 28, 2018 by kpopjacketlady

All Korean males between the ages of 18 and 30 must serve about two years in the Korean military, or longer in some alternate form of approved public service. As of late 2018 the length of service is gradually being lessened. The goal is to gradually reduce the time served for all branches of the military by 2022. Being a political ‘hot potato’ this may change with subsequent governments. ( There is the danger of not having enough troops in uniform if war breaks out.)

Each branch of the Military has a different length of service, with the shortest being 21 months for the Army, Marine Corps, and Auxiliary Police (to be reduced to 18 months). For the Navy it is 23 months (to be reduced to 20 months) and the Air Force is the full 2 years (to be reduced to 22 months). For non active duty the time can vary between 2 and 3 years. Even after finishing your commitment you still have to attend yearly annual training for the next 6 years or so.

This can play havoc with the lives and careers of not only Kpop stars and actors etc, but of all Korean men. Deciding when to go, for those who can choose, can be a career breaking choice. Deferments are available under certain circumstances, but in the end you still have to go so is it better to go when younger, or to wait until you have a career you can return to? Each Korean man has to make this difficult decision. Choosing unwisely can put you a couple of years behind your peers.

The August 2018 decision to lower the age from 30 to 28 for ‘deferring’ enlistment for such things as graduate school, overseas promotions etc has meant a lot of Kpop idols and actors have rather suddenly found their enlistment dates moved up.

The amount of time served plus the hardships involved make serving in the military a rite of passage for most Korean men, and while there are casualties due to suicides, and mental breakdowns due to some recruits being ill prepared, or being harshly bullied, most Korean men seem to have some kind of fondness for the experience. It bonds them together as brothers and they all have something in common with all other Korean men. Those who go the ‘easier’ paths or who try to escape their duty are looked down upon and evaders are severely ostracized. Prison time is usually between 1 and 5 years for those caught trying to get out of serving.

There used to be no exemption on religious or moral grounds and conscientious objectors usually got 18 months of jail time. Remember though having a criminal record in Korea cuts you off from a large part of society and future job prospects so a difficult choice. Very recently the Government has been trying to work out a different solution for conscientious objectors and their latest plan is to make them serve 36 months in correctional facilities in staff positions. So they basically would still be in jail, but they wouldn’t get a criminal record.  If implemented it would go into effect in 2020.

In certain fields you can also opt for spending a longer time, but at a research institute or similar institution, rather than the military. So some young men get an original deferment for their education and then once they get a Masters Degree in something like engineering they choose to go into research for 3 years instead of the military for approximately 2. This option can also apply to Doctors and some skilled technicians.

There are also a certain number of ‘better’ jobs which count as military service but aren’t in the regular military. Korean dramas sometimes mention these ‘positions’ within Defense Industry companies as these usually go the sons of the rich or politically connected. The same goes for the limited number of KATSU openings (working with the US military in Korea) for those with good English language skills. 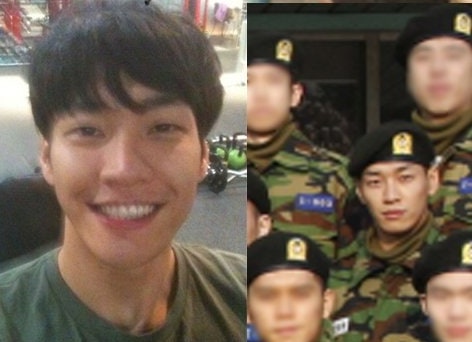 There are other methods of lessening of time needed to fulfill military service such as being the son of a Vietnam Veteran and/or a person of National Merit. (Kim Young Kwang only served 6 months because of his dad’s service record.)

There are also exemptions, some of which get brought up in Kdramas. You can’t serve if you are physically or mentally disabled, if you have a criminal record, if you are an orphan, or if you are HIV positive or extremely overweight, and you must have at least an elementary school education. You can’t serve if you have been an organ donor. There is also a category of “people who would create disharmony” which covers things like having a large number of tattoos, being gay, or obviously of mixed race. There’s also an exemption for star athletes, such as those winning Olympic medals, or gold medals at the Asian Games. (One reason so many of the Korean medal winners at the 2016 Summer and 2018 Winter Olympic Games were so happy.) Also winners of certain classical music, and dance, competitions, can be exempt. This recently led to one Korean politician asking why classical music competition winners could be exempt but not BTS! (BTS were quick to declare their intent to serve as most Koreans feel every male should serve and are often hostile to those who don’t.)

Not surprisingly many of these exemptions have come under a great deal of scrutiny, particularly as most are not obtainable for the average man. (Or even Kpop star or actor.) Add that to the fact that with the low birth rate in Korea, the Korean Military will have a shortfall in their military of between 20 and 30 thousand men by 2023 and therefore there has been a push for the removal of many if not all of the exemptions. The Government is pushing for them to be phased out over 3 years starting in 2020.

The rules have also recently changed for those who are in the slightly younger age bracket of 25 and upwards. Travel restrictions have been put in place as it seems that some people have used being overseas for their occupation as being an excuse and deferring their enlistment. Now the rules state that they can only get permits to travel for 6 months, used to be one year, and the number of times they can apply has been reduced to 5. So this might have an impact on actors, idols and athletes as they want to travel to film overseas, to hold a concert, or compete in a competition.

It used to be that certain actors, idols, and comedians served their time in a ‘celebrity soldier unit’ where their assigned goal was public relations, however it was shut done in 2013, after 16 years, due to the backlash from citizens after the RAIN, Seven, Sangchu scandal. ( 7 out of 10 celebrities defer their enlistment for various reasons.) They were not the only culprits, as 8 of the then 16 celebrity soldiers faced punishment for violating military rules. There had also been earlier incidents involving celebrities such as PSY, but the 2013 incidents were the last straw. The unit was scrapped, leaving idols and actors with fewer choices.

Now some look to being in the Police, or choose ‘alternative civilian service’ as a preferable route to fulfilling their duty. But soon the Police may no longer be an option as the government has issued a statement that “the conscripted policeman system will be entirely abolished in the year 2023. The system will be put to an end step by step over the years, and the celebrity conscripted policeman will be the first to be abolished.”

Sometimes idols and actors are allowed to perform morale building concerts for their fellow conscripts and so we get a few photographs of them in uniform. (I miss these guys.)

Quite a lot of musical Kpop idols join various military bands after their 5 weeks basic training, and this sometimes allows fans and family members to catch a glimpse of their loved ones as these bands often perform at public events.

Due to the often harsh backlash against what is perceived as favorable treatment of celebrities some, wishing to do their constitutional duty, while proving their commitment, choose a harder route. Lee Seung Gi was a member of the Special Forces, (he’s somewhat of an over achiever, he has 2 Masters Degrees) while Yoon Shi Yoon joined the Marines. 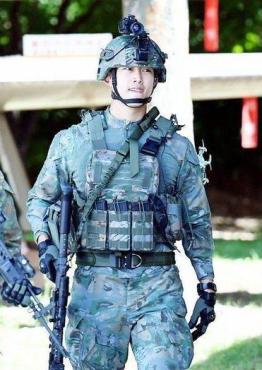 As a point of pride many idols are pushing themselves to join more difficult aspects of the military, while some dual citizens are even giving up their 2nd citizenship in order to serve. Taecyeon of 2PM gave up his US residency and has also received corrective surgeries in order to enable him to serve as an active duty soldier. It does, however, look like army life suits him. 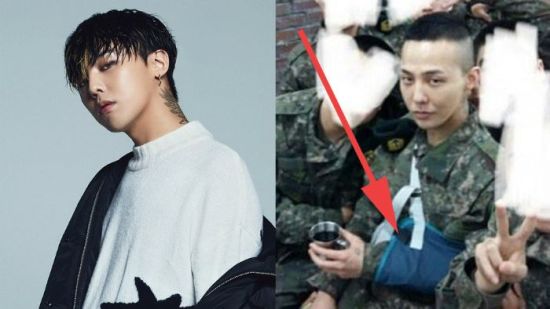 Not everyone is cut out for military life and idols, actors, and celebrities probably have a tough time in whatever area of service they perform their civic duty, due to culture shock as well as being away from their occupations. Composers and song writers must find it particularly hard and I wonder how many songs never get made. Still they fulfill their duties and many do manage to continue their careers. It is sometimes harder for those young men who entered the military right after High School as they try to find jobs and readjust to civilian life.

Recently there have been calls to make life more livable for military recruits and there are now plans in place to allow better access to phones and time away from the barracks. However the life of a recruit is oftentimes difficult and harsh and suicides still happen. Reforms have been put in place but bullying still happens. So to all those who have served, or will serve, I wish you all the best while serving, and tremendous success when you get out.

Edit 02/19/2019 Conscientious Objector trial and result may speed up the changing of the rules for these cases.  Edit 03/9/2019  Another article about Conscientious Objectors and the difficulties they face. The authorities are planning on investigating their gaming history to see if they played violent video games.

Note, this is an update of an earlier article.

You may also enjoy Gyeongju: Why You Should Visit On Your Next Visit To Korea,  and Kpop Idols Who Were Athletes First.

All photo credits go to original owners. Please do not copy or use without permission and accreditation.

← The Unique Faces of Kpop.
Sibijisin: The Twelve Guardian Deities Of Korea. →