Posted on January 14, 2017 by kpopjacketlady

There are many websites online that will explain each year of the Chinese zodiac system, however some can be quite complex, so I’ve come up with simplified list for a few of the years that might be of interest to some of my readers. Korea, and some other Asian countries follow the Chinese zodiac system, as well as their local methods of fortune telling.  The 60 year cycle that we are in right now began in 1984 so I’ll begin there too. The date in ( ) is when that year begins, so if you were born in 1984, but before Feb. 2nd then you would look up your sign under 1983. The age old Korean tradition of fortune telling by  mudang, female shamans will be covered in another post.

The five elements also have an impact on your personality/horoscope and each of them represents a planet and has a number of character attributes.

2020 was the Year Of The Rat and it began January 25th 2020. It was a White, Yang, Metal year. If you were born in the Year of the Rat, like 1984 or 1996 according to Chinese beliefs, you might have needed to be cautious as your animal years are said to be unlucky. However, they also said that this year will be ‘normal’ with the usual ups and downs. ( I guess they didn’t see the pandemic coming.)

You might want to also look at Your Horoscope in Korea? part 1 and Seollal: Korean New Year. Also note that astrology is not a science and different web sites contain different information, attributes and horoscopes. There’s also something called a Double Zodiac where people try to combine traditional Chinese astrology with Western astrology.

Astrology and various forms of fortune telling crop up in a lot of Kdramas, from Arang and the Magistrate, to Kill Me, Heal Me, Reply 1988, and Lucky Romance, along with many others. Although often used to aid plot development, or for comedic purposes, fortune telling appears in many dramas showing that both in TV land, as well as real life, fortune telling doesn’t appear to be fading away with modernization. In fact new phone apps for daily fortunes have become increasingly popular. Korean variety shows also use fortune tellers including those who read faces as well as those who use zodiacs and even tarot cards. 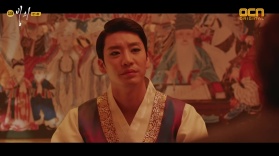 You may also enjoy reading Sibijisin: The Twelve Guardian Deities of Korea.

5 Comments on “What’s Your Sign? Your Horoscope in Korea part 2.”