BIGBANG10 THE EXHIBITION A TO Z

Posted on September 10, 2016 by kpopjacketlady

With BigBang being my favorite group it was obvious we would find their exhibition early in our trip. Not knowing how popular it would be I asked a Korean friend to get tickets for us, but surprisingly it wasn’t too crowded and tickets were still available at the ticket booth. The exhibition was held at S Factory an up and coming event space in Seongdong, a couple of blocks from Seongsu subway station. It is in a slightly seedy part of Seoul that is gradually being turned into a haven for artists.

We arrived just before the doors opened and there were about 20 people waiting, so not too busy for our look into the past 10 years of BigBang. The rooms had general themes, as well as areas showcasing the past, present, and future. The 5 members all helped to both curate the exhibition and produce their own pieces of art. 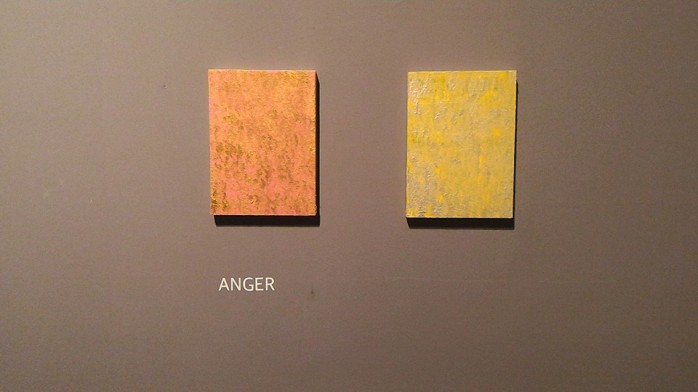 I was impressed with their artwork, although I would have loved to know who produced which pieces.

The exhibition space was full of BigBang in more ways than just the art on the walls or the music piped into each room. I could feel some of their character and individual color, it was a little like being inside their minds and hearts. You could feel the love they have for their fans in many subtle and perhaps unintentional ways. The most profound art pieces for me were their individual portraits, which were quite striking. 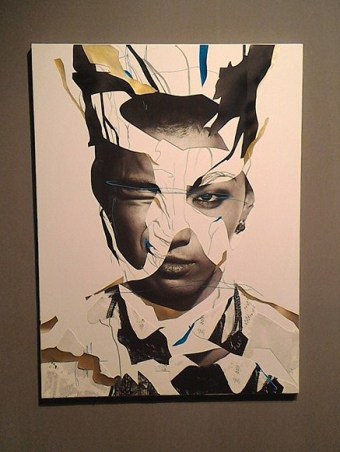 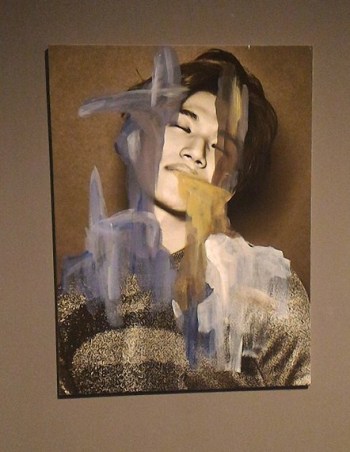 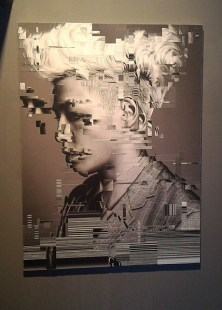 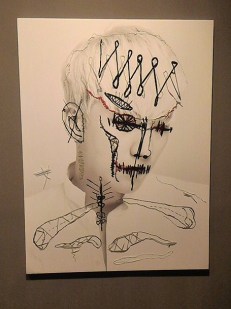 Although you can’t see from the photos the art contained some stitches/sewing for some of the ‘graffiti’ on Seungri and GD, adding some depth and texture that does not show up well in these photos.

There were multiple rooms with the first room having graffiti and messages from fans. Other rooms had posters of BigBang, there were media rooms with videos playing, a room where you could listen to their playlists and everywhere there were touches of them shinning through. 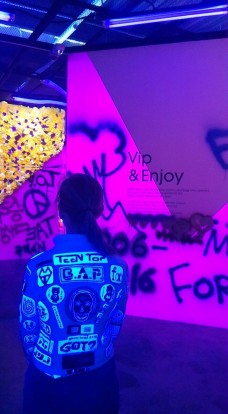 It is hard to capture the real feel of the exhibits, but it was very worthwhile experience for all BigBang fans. Some areas didn’t have as much background information as I was hoping for, but it definitely was a striking and interesting look into the last ten years of BigBang.

GD said in an interview that the BigBang Tree was his favorite as it was a reminder of so much of his past. The tree was filled with clothes, and shoes, and parts of their stage outfits. Unfortunately it was positioned in such a way that you couldn’t get a really good look at it, even with the mirrored wall. The lights made reflections so it was hard to identify individual pieces of clothing.

The exhibition continues until the end of October and is definitely worth a visit, particularly if you combine it with a visit to nearby Seoul Forest, or Gangnam which is just across the river.

We made a quick visit to the gift shop where they have some goods unique to the exhibition available, but didn’t indulge. We did, however, get a couple of cheap giveaways for visiting which was kinda nice.

You may also enjoy A Walk Down KStar Rd, KBS Studio Tour, and A Visit to SUM Market.

Photo credits to Elle Marzec. Do not copy, or use, without consent and accreditation.

← A few highlights from my recent Korea trip.
Spirit Garden. →

6 Comments on “BIGBANG10 THE EXHIBITION A TO Z”